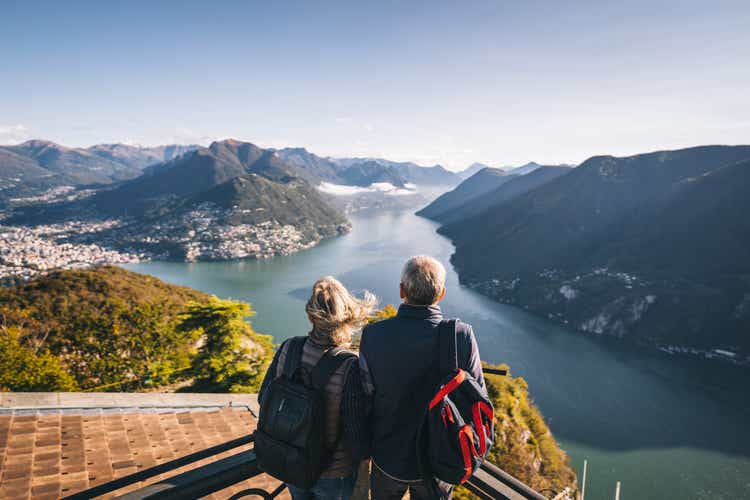 The PIMCO Dynamic Income Opportunities Fund (NYSE:PDO) is a diversified, leveraged, high-yield bond CEF. PDO’s diversified holdings, strong 8.7% distribution yield, market-beating returns, high discount to NAV, and low interest-rate sensitivity, make the fund a buy. On the other hand, PDO is a relatively risky fund, and so only appropriate for more aggressive income investors and retirees.

PDO is a diversified, leveraged, high-yield bond CEF. It is administered by PIMCO, the most successful fixed-income investment managers in the world. PDO’s investment thesis rests on the fund’s:

PDO’s many benefits make the fund a strong investment opportunity, and one which is particularly appropriate for aggressive income investors and retirees. Let’s have a quick look at each of the points above.

PDO invests in most relevant high yield bond sub-asset classes, including high yield US corporate bonds, non-agency mortgage-backed securities, emerging market debt, and similar. There are also smaller investments in lower yielding, safer securities, but these account for only a small portion of the fund’s holdings. Sector allocations are as follows:

PDO provides investors with exposure to most relevant high yield bonds, a strong benefit for the fund and its shareholders. PDO is diversified enough that it could function as a core portfolio holding too.

On a more negative note, the fund’s holdings are mostly low-quality securities with low credit ratings. Expect significant losses if economic conditions were to worsen, as is generally the case during recessions and downturns. Leverage would magnify any potential losses, and with PDO boasting a massive 1.88x leverage ratio, losses could be quite high. Leverage ratios higher than 1.50x are rarely a good idea, but I’m confident in PIMCO’s (proven) capacity to handle the debt load without incurring in excess losses.

As PDO is a relatively new fund, it was created in early 2021, we can’t analyze its performance during any past downturn. Still, other PIMCO bond CEFs have underperformed relative to most bond indexes in previous downturns, and these are generally quite similar to PDO. As an example, PIMCO bond CEFs underperformed during 1Q2020, the onset of the coronavirus pandemic, and the most recent downturn. As such, and considering holdings and leverage ratios, I’m confident in my assessment that PDO would underperform during any future downturn.

Due to the above, PDO is only appropriate for more aggressive income investors and retirees. More risk-averse investors, for whom risk-reduction and capital preservation are paramount, should consider other funds.

On a more positive note, as PDO focuses on fixed-income securities, it is less exposed to equity risk, valuations, and sentiment. Expect comparatively low losses when valuations soften yet economic conditions remain reasonably strong. This has been the case YTD, especially so in the first two months of the year.

PDO’s lack of equity exposure means the fund can be used to diversify and de-risk an investor’s equity holdings, a significant benefit. PDO is still a broadly risky fund, but the risks are somewhat different than those of most equity funds, and that distinction matters when minimizing portfolio risk and volatility.

PDO’s yield is quite strong on an absolute basis, and quite a bit higher than that of most relevant bond indexes. PDO yields almost twice as much as the iShares iBoxx $ High Yield Corporate Bond ETF (HYG), the high yield corporate bond benchmark, with a 4.4% yield. PDO’s strong distribution yield is a significant benefit for the fund and its investors, and quite rare under current market conditions.

PDO’s strong, fully-covered 8.7% distribution yield is a significant benefit for the fund, and its core investment thesis.

Strong distribution yields sometimes come at the expense of capital gains or total returns, but that is not the case for PDO. The fund has outperformed, on an NAV basis, most relevant bond indexes in its short history, from treasuries to high yield corporate bonds, and everything in between. On a more negative note, returns have been quite low on an absolute basis. PDO has posted NAV returns of 2.6% this past year, and small losses these past few months. Returns have been quite low for most bond asset classes, due to the prospect of higher interest rates. PDO’s returns have been good on a relative basis, less good on an absolute basis.

The above figures are NAV returns. Price returns are much more negative, with the fund underperforming relative to all relevant peers.

PDO has underperformed on a price basis exclusively due to a widening discount, which brings me to my next point.

PDO currently trades with an 8.2% discount to NAV. It is a reasonably good discount, and the largest discount in the fund’s entire, albeit short, history.

First, discounts to NAV are equivalent to lower share prices, and lower share prices means higher yields. PDO sports an 8.0% distribution rate on NAV. Investors, however, receive an 8.7% distribution yield (on price), as they are able to buy shares at a heavily discounted price. PDO’s discount means 0.7% in extra distributions, a small, but direct benefit for shareholders.

Second, discounts can always narrow, resulting in capital gains for investors. In my opinion, as PDO’s discount is at historically above-average levels, narrower discounts seem warranted.

As mentioned previously, PDO has outperformed most of its peers on a NAV basis since inception.

Most bonds and bond funds have seen losses this past year, as investors are selling their low-yielding bond holdings, in anticipation of newer, higher-yielding alternatives once the Federal Reserve hikes rates. Selling pressure has caused bond prices to drop, leading to capital losses for bond investors, including most bond funds.

PDO’s low interest rate sensitivity reduces risk, volatility, and the magnitude of losses when rates rise, all significant benefits for the fund and its shareholders. Although PDO is, on net, a relatively risky fund, it has a below-average level of interest rate risk, an important factor for investors to consider.

PDO’s diversified holdings, strong 8.7% distribution yield, market-beating returns, high discount to NAV, and low interest rate sensitivity, make the fund a buy. The fund performs comparatively well when valuations soften and interest rate increase, as has been the case these past few months. PDO is a relatively risky fund, and inappropriate for more risk-averse income investors and retirees.

Does Ken Paxton have some extent about Google Chrome Incognito?