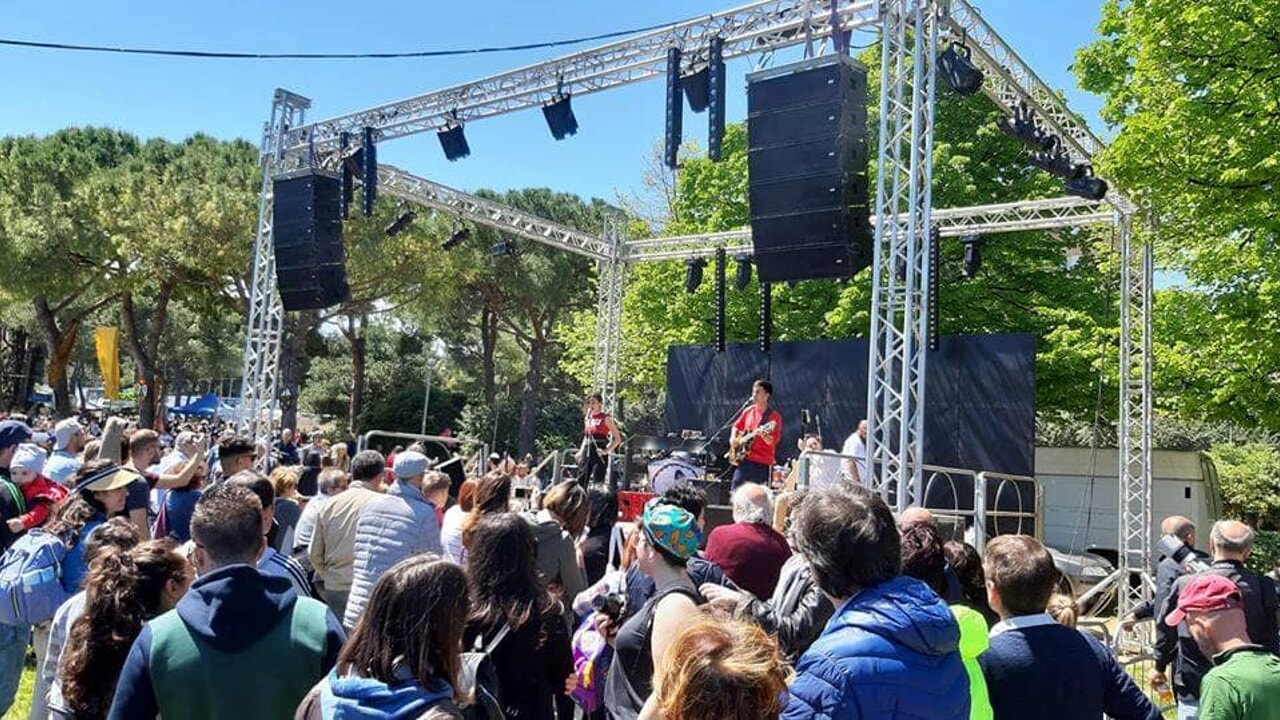 Two days of music, sport and entertainment: the 1st of May in Bari is back this year. The appointment with the third edition of the event, organized by Soul Club and Bug in collaboration with the Puglia Region and Pugliapromento, with the patronage of the Municipality of Bari, is at the park on June 2nd, April 30th and May 1st.

Three stages and four thematic areas will characterize the event (with free admission), designed for a transversal audience, and ready to renew the success of the last edition (2019) when it registered over 30,000 admissions in a single day. To frame the musical performances (the flagship event is the Planet Funk concert, scheduled for the evening of May 1st), sports tournaments, yoga classes, fitness classes and video mapping.

“If I had to think of an image to describe this event, I certainly think of many happy people who are together, have fun and live one of the most beautiful places in our city – began Mayor Decaro -. This is perhaps the dimension that we have missed the most in the last two years, in which we have practically had to give up the beauty we had known and experienced before the pandemic. For this reason today I want to thank once again the organizers of this event, because they did not give up and continued to believe in the value of these moments by investing in our city. They will be days of fun, of celebration for everyone, of light-heartedness but there will also be space to reflect on important issues such as work and social inclusion.

With this event we launch one of the periods that has always characterized our city, the May of Bari with its appointments, those of tradition and new ones like this one, which aims to involve young people, families, artists and all the people who want come back to experience Bari and its public spaces. The municipal administration returns to invest in many initiatives and events that can attract many people to Bari and this also happens thanks to the work of a new class of entrepreneurs in the entertainment sector that is making its way and is able to offer an event of quality in one of the most beautiful and evocative places we have. I hope this is the beginning of a long partnership that will lead the Barese May Day to become one of the reference cultural events of spring on a local and national level ”.

“It will be a summer of mostly Italian holidays and, then, the events of May Day in Bari are one more reason to come and spend a few days on vacation in the regional capital – declared Luca Scandale -. We are thrilled to have supported this cultural event which will certainly contribute to increasing the presence of tourists in the Apulian capital during that weekend. Music is a universal language: together with the theater, the attention dedicated to vinyls and the rest of the program, it constitutes a cultural offer that can only enrich the attractiveness of the city of Bari, which has been growing more and more in recent years “.

“It is a very interesting calendar which sees the participation of artists who have made the cultural history of Bari – added Ines Pierucci -. But I want to focus above all on the presence of Planet Funk, a group with undisputed success that represents a beautiful novelty of the event. We are demonstrating that the cultural offer of the city has net repercussions on the increasingly growing tourist flows, without forgetting the extraordinary physical and intellectual work of the operators and the greater value that it acquires on the day dedicated to workers “.

“Our story speaks of young people who carry forward ideas of culture and aggregation – explained Alessio Artuso – ideas that give rise to dreams such as organizing a free event that involves children and families by giving a cultural and artistic experience in a public space in the heart of the city “.

“With our puppets we will stage Cinderella – said Paolo Comentale – in a very beautiful show that saw the collaboration of the Niccolò Piccinni Conservatory for Rossini’s music”.

The artistic program includes on Saturday 30 April the staging of two theatrical performances: La Cenerentola, staged for the little ones by La Casa di Pulcinella, directed by Paolo Comentale, and an unpublished version of the show “Quanto Basta” directed by Alessandro Piva and the participation of the actors Paolo Sassanelli and Lucia Zotti, who will open the performance to interaction with the public.

On Sunday 1 May, however, at 9.30 pm, the absolute protagonists of the main stage are Planet Funk, a group that has marked the history of Italian dance music, achieving great international success thanks to the singles Who Said and Chase the Sun. The musical proposal will continue ranging from jazz to rock, from rap to afro, from soul to house, up to the new sounds of electronic music and the hip hop area, with 30 DJs who will alternate in two dedicated areas and 20 bands involved.

The park will be divided into four areas, starting with the vinyl and vintage market, dedicated on the one hand to local artisans, who will exhibit their creations, and on the other to exhibitors, collectors and music lovers for the book and music market. vinyls.

The food area will be organized by Gnam with more than ten food trucks that will offer the traditional cuisine of the Italian territory starting from 7.30 pm on April 29th. In the sports area, during the mornings, there will be fitness classes, free yoga practices and basketball tournaments (the latter organized by the LeZZanZare association). The children’s area, on the other hand, will be set up with rides, inflatables and various shows.

The two evenings will be illuminated by video projections by Nicola di Meo.

The whole event will be organized following four principles: sustainability, energy saving, mobility and accessibility. To reduce the production of waste, the adoption of rigid plastic cups with returnable vacuum and an innovative reusable cup with microchip that allows the payment of drinks through an app in order to avoid gatherings is envisaged. Any disposable material will be recyclable and / or compostable. The recycling activity will be supported by Junker, the app for separate collection already adopted by the Municipality of Bari, which will dedicate a special section to the event, providing all the information and suggestions relating to the sustainability of the event.

The presence of “eco-stewards” belonging to associations and groups that operate in environmental volunteering is also foreseen, such as Second Hand, Retake and Avanzi people: they will have the task of supporting the organization in the care of the places, directing users towards respectful behavior of the environment, supervising the differentiated collection stations installed in the park and the stand dedicated to sustainability and managing the recovery and distribution of food at the end of the event.

Finally, the volunteers of the Bari zero barriere social cooperative will attend the event to assist people with disabilities and their carers.