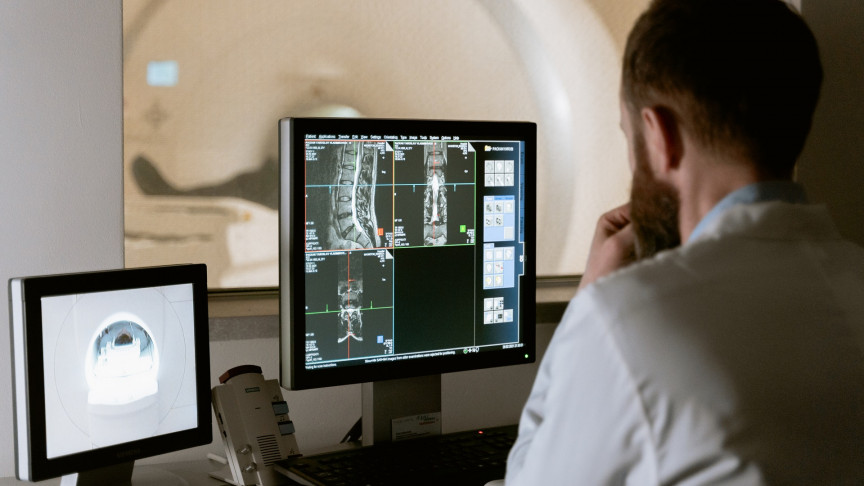 Do you know there are roughly 10,000 diseases that are believed to affect the human body but only about 500 of them have any US Food and Drug Administration-approved treatment?

Treatments for many human ailments still don’t exist because most of them are rare. These include the so-called “orphan diseases” which affect fewer than 200,000 people in the US, and so offer little financial incentive to pharmaceutical companies to find a cure or treatment.

We do have vaccinesdrugs, therapies, syrups, injections, and other treatment options to deal with many of the most commonly occurring health problems. However, when a scientist or doctor comes face to face with a rare disease (like the Alice In Wonderland syndrome), that is when the struggle between modern medical science and human disorders becomes really interesting.

Aquagenic urticaria (also called water urticaria) is probably the rarest form of allergy. A person suffering from this disease develops a temporary rash, and reddish itchy bumps on the skin (referred to as hives), when their skin comes in contact with water. Symptoms may also include headache, shortness of breath, wheezing, dizziness, and fainting.

The disease was first reported by dermatologist Walter Shelly and his associates in 1964 and since then fewer than a hundred cases of this so-called “water allergy” have been reported in the medical literature. Victims can drink water, because the reaction only occurs when the water touches the skin. Surprisingly, physical properties of water like acidity, salinity, or temperature are found to have no connection with the occurrence of this disease in an individual.

The exact underlying cause of aquagenic urticaria is not well understood, although scientists have proposed two main theories – that a substance dissolved in water enters the skin and triggers an immune response; and that the reaction is caused by an interaction between water and a substance found in or on the skin which generates a toxic substance and leads to the development of hives. Although there is no cure or treatment, antihistamines and medications such as topical creams and steroids can help alleviate the symptoms.

According to the National Institute of Health‘s Genetic and Rare Disease Information Center, the disease most commonly affects women, and symptoms usually begin after the age of puberty.

Formally called Fibrodysplasia ossificans progressiva (FOP), and sometimes Munchmeyer disease, this is a genetic disorder that leads to sporadic ossification (bone formation) of tendons, muscles, and other types of connective tissues in the human body. It is caused by mutation of a gene on chromosome 2 which affects a receptor called ACVR1 in the bone morphogenic protein (BMP) signaling pathway. BMPs are important in embryonic skeletal formation and in the post-natal repair of the skeleton. IN FOP, a particular amino acid in the ACVR1 protein is substituted for another amino acid, with the result that bone formation is triggered at random times.

The initial signs of the disease, malformed big toes, are present at birth. Then, bone formation in connective tissues ensues in early childhood. Often leading to a fatal injury or viral illness.

Due to abnormal ossification, most patients eventually become disabled. Stoneman syndrome is the only known medical condition that can even cause the development of a new skeleton over the existing one.

People suffering from FOP are recommended not to have children as FOP is an autosomal dominant disorder, meaning there’s at 50% chance that a child will inherit the genetic mutation. Abnormal bone development inside the body of an FOP-affected mother could also risk the life of both the mother and the child during pregnancy.

Sounds fictional, but it’s not. Alice In Wonderland syndrome (AIWS) is a unique and rare brain disorder that causes distortions of visual perception, body image, and the perception of time, changing the way the sufferer perceives the things around them, including their own body. For example; an AIWS patient may believe that some of their body parts di lei have become gigantic (or tiny), he or she may complain that the floor or roof is too close or too far away, etc.

A person suffering from AIWS develops a distorted visual sense that prevents them from seeing the actual distance, shape, or size of an object. The main symptom of AIWS is migraine. The sufferer often loses a sense of time, where time seems to be passing either very slowly or very swiftly. Some people experience strong hallucinations; they may visualize things that are not there and may also get the wrong impression about certain situations and events.

Some researchers believe that AIWS could stem from epilepsy, a reaction to some prescription drugs, viral encephalitis, migraine, brain tumor, Lyme disease, mononucleosis, and even H1N1-influenza, but there are no studies or scientific evidence that proves an exact cause. There is also no proven, effective treatment, but treating probable causes, such as migraine, can bring relief of the symptoms. The disease often fades over time.

A 2018 Research published in the Colombian Journal of Anesthesiology reveals that so far, only 166 AIWS patients have been confirmed in the world.

Apart from experiencing distorted visuals, an AIWS patient might also develop a false sense of sound, time, or touch due to decreased flow of blood through the brain. For example, they may perceive ice as a hot object, see daylight during the night, or hear things that don’t make any sense.

When a person experiences excessive hair growth on the body even at the parts where hair generally doesn’t grow, this condition is called hypertrichosis or “werewolf syndrome”. The patients may also develop enlarged gums with missing teeth. Researchers have recently found that the syndrome occurs due to an extra “chunk” of genes on the X chromosome.

This extra DNA may switch on a nearby hair-growth gene, possibly the SOX3 gene, resulting in excessive hair growth.

In addition to genetic causes, there are several other types of Hypertrichosis. These include Nevoid hypertrichosis, where excessive hair growth appears in a defined area; Hirsutism, which is limited to women and results in dark, thick hair growing in places women normally don’t have hair, such as their face, chest, and back; and acquired hypertrichosis, which develops later in life and causes excess hair growth in small patches.

There is no permanent cure, however, there are temporary solutions – such as laser surgery, hair bleaching, waxing, and electrolysis – which can keep the hair growth under control for some time. Symptoms of hirsutism can sometimes be managed using hormones. Though congenital werewolf syndrome is rare with only about 100 patients in the world, hirsutism on the other side has affected nearly seven percent of women in the US alone.

This deadly infection is also known as necrotizing fasciitis and in most cases, it is caused by methicillin-resistant Staphylococcus aureus (MRSA), a gram-positive bacteria that is found to be immune to several antibiotic medicines including penicillin. The bacterial infection causes rapid decaying of the soft tissue that is part of the connective tissue system. Initial symptoms include high fever, nausea, and general body aches. The disease quickly advances, causing a constant pain and swelling in the affected area. In later stages, patients may experience a sudden reduction in pain, caused by the death of the nerves in the affected area. In critical cases, the patient becomes weak and confused, and may lose consciousness. If left untreated, the patient’s vital organs (kidneys, liver, lungs, etc) shut down due to toxic shock and death follows.

According to the CDC, people who already suffer from cancer, diabetes, or other immunity-affecting diseases are more susceptible to the necrotizing fasciitis infection, and one out of every three such patients die. Fortunately, the infection does not spread from one person to another and it is curable if caught early. Standard treatment usually involves surgical removal of the affected area, and antibiotic therapy to control sepsis and prevent the spread of the infection.

The National Human Genome Research Institute suggests that any disease that impacts less than 200,000 individuals in the US can be considered to rare disease. More than 20 million Americans alone suffer from such rare human disorders. However, on the other side, rare human body ailments that reveal a unique gene anomaly can also give us a chance to increase our understanding of the human body, which will hopefully lead to cures for these and other diseases.