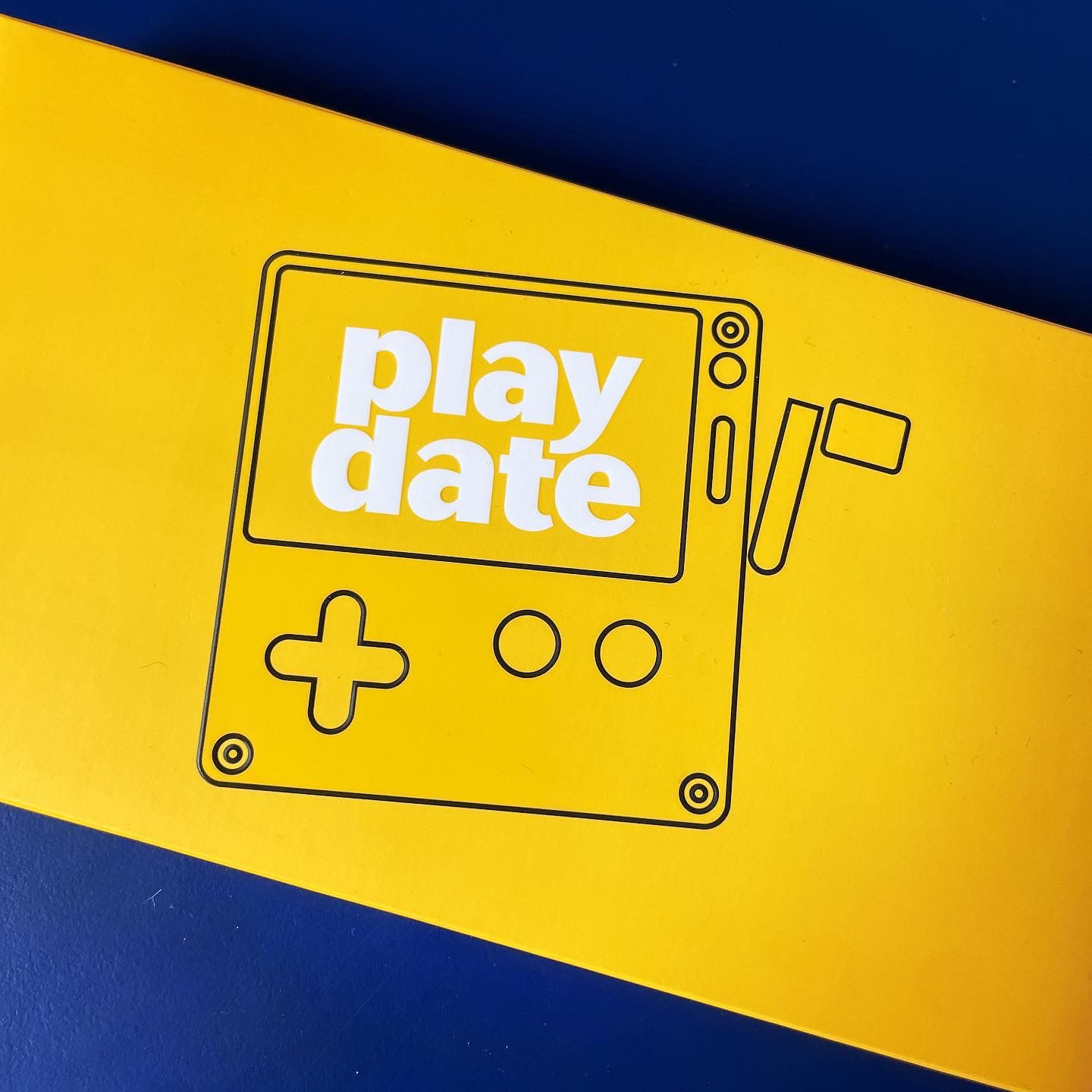 It does not matter whether you focus on its square shapes, on the 1-bit black and white display or on the cheerful intense yellow that has always unequivocally dominated product communication: the beauty of Playdate it is that behind every single aspect there is a precise and impromptu declaration of intent, an unconventional and joyfully rebellious stance.

And it could not quite frankly be otherwise for a console that appears in 2022 as a tiny crank handle that is held in the palm of a hand, moreover without even allowing itself the luxury of backlighting. Thus, with the pride of those who are not afraid to embrace and indeed to loudly claim their proudly toy soul, a little vintage and a little (a lot?) Anticommercial. Because, useless to go around it, Playdate wants to be no-nonsense fun, free experimentation and just the right amount of shiny hipster madness.

In short, we find ourselves in the presence of a refined and bizarre extra, destined to send collectors and enthusiasts of a certain type of independent gaming into jujube soup, more than a concrete and credible alternative to the canonical way of being of Nintendo, Sony and Microsoft. But let’s go in order, and let’s start from the beginning.

A question of fun

As if the elements already mentioned up to now weren’t enough, the Playdate mantra is explicitly flaunted directly on the back of the packaging (which obviously can only be yellow): “We created Playdate just for fun”. The subject of the declaration is Panic, an American company born as a developer of apps for Mac and later converted with valid results to a video game publisher – so to speak, it is the label of Firewatch, Untitled Goose Game and the weird Nour: Play With Your Food. Playdate, in production since 2020, represents the sum of a certain way of understanding the video game as a carefree and original experience, with the idea of ​​giving that taste for the surprise typical of when one was a child.

And here’s why regardless of the form factor delightfully over the top, with that crank that has now become the very symbol of the console par excellence, it is the basic concept that escapes the rules, presenting itself as something unique and complacently different from everything else. As the name suggests, Playdate is built around an anomalous distribution mechanism to say the least. When you start the console for the first time, you are greeted by an amazing playable intro that in a few seconds allows you to become familiar with the various buttons and the crank, immediately making a couple of things clear.

First of all, that it is not at all serious, but rather that the nature, the sounds and the feeling – also in terms of UI – are those of a kind of funny cartoon in real life.

To understand, when the machine goes into stand-by you have to literally wake it up by pressing the power button on the top twice, complete with sleeping eyes that open one after the other on the display (as if the console were a creature. Adventure Time BMO-style sentient who is sleeping and must be awakened from his torpor). The second element to emerge strongly is the nothing short of unexpected quality of animations and graphics in generalfor a screen that if on the one hand philosophically recalls that of the immortal Game Boy, in terms of rendering it is probably closer to the sensations of a Kindle, with a definition and fluidity that do not leave indifferent.

These are just some of the surprises of one platform that seems built around the sense of wonder, with the aim of stimulating the user, gradually revealing himself with continuous drama. Because, once the console is connected to the Internet, you will not find any cartridges to insert or a now ordinary digital store. On the contrary, the approximately 3.5gb of internal memory will gradually fill up with two video games downloaded automatically every Monday over the next twelve weeks. Playdate precisely, that is literally a fixed appointment with the game (complete with a LED light in the upper part of the unit that signals the receipt of new contents in the form of a gift to be discarded in the menu).

Also in this case, do not imagine ultra-complex or cutting-edge productions: the twenty-four titles that make up Playdate Season 1 in fact include deliberately different genres, including super arcade experiences in which you try to aim for the high score – maybe taking turns and physically passing the console from hand, as a moment of pure childish sharing – and more reflective projects but in any case lasting no more than a couple of hours.

With or without the phantom crank necessarily at the center of the game design. An unconventional approach that is perfectly explained directly by Panic’s words: “Expect 24 free games, of different types. Some will be short, some long. Will you like them all the same? Probably not. Will you have a lot of fun trying them all? Absolutely.”.

And right there, in not knowing in advance even the genre or what the next game on the list will be, all the extraordinary taste for surprise. With an evident return to origins, when as a child you found yourself in the trusted toy store choosing a video game that had to suffice for who knows how long on the basis of the cover. Except that everything comes here for free, and in the worst case scenario, just wait until the following Monday for a new batch of gameplay.

As expected, not everything works in an epochal way, indeed: some titles prove to be much more negligible than others, and I personally believe that Playdate gives the best of itself or with the most hit and run experiences – like the scoring surf of Whitewater Wipeout or the stylish clone of Asteroids Hyper Meteor, of those Vertex Pops of the highly underrated Graceful Explosion Machine – or with those almost unrepeatable elsewhere because based on the delirium of the crank, like that Crankin’s Time Travel Adventure signed by his father by Katamari Keita Takahashi which I believe represents the culmination of Season 1.

In terms of pure hardware, Playdate proves to be a certainty that is perhaps even unexpected. On the one hand there is, unequivocal and irresistible, the aforementioned toy feeling: with its bright yellow, the crank and the very small dimensions (let’s talk about about 7.5 cm in width and length, for a little less than 1cm in depth) just look closely or even better grab this absurd consoline from an alternate past to put yourself in a good mood.

Be careful, however, to brand the whole as something of little importance or worse still of little value: the design and engineering work of Teenage Engineering – a company that usually deals with portable synthesizers, speakers and other audio material – is in fact of very fine invoice, e when playing, the sensations are in all respects those of a high-profile, if not very high-profile object.

The buttons have the right reactivity and a very satisfactory physicality, and the mechanism that adjusts the crank, which, moreover, can be closed inside the console itself, is a very fluid pleasure. In spite of the resolution of just 400×240 pixels, as mentioned the screen is much better than one might imagine (even if the absence of the backlight is a limit both in the dark and in too direct light conditions), yet the real stars of the show are the battery life and the excellent audio sector. We are talking about the rest of about 8 hours of play and two weeks in stand-by with a single recharge via USB – with the console that in reality never turns off completely and indeed turns into a watch when it is not directly in use – and above all of a surprisingly powerful and “clean” speaker, able to offer an amazing sonic fidelity. In short, we are not at all in the presence of a cheap and overpriced Game Boy emulator in a yellow body.

Between present, past and future

Speaking of costs, but also of the sales and distribution model: Playdate is not and will probably never be found in stores. To (pre) order a unit you need to go directly to the play.date site, pay 179 $ – which becomes 245 $ including taxes and shipping costs, guaranteed without customs duties – and … wait. Yes, because the many requests and some production hitches have postponed and considerably slowed down the initial estimates of the creators, preventing them from having a stock of machines immediately available. Result: ordering now will reserve a console for 2023. A situation that may not be very nice, but that to some extent will increase the appeal and desirability of the product with a certain audience.

What will happen in addition to the first season of content must also be established: Panic has promised updates and more information later, however, immediately making it clear that you will be able to download and purchase

other titles also individually (while it is already possible to connect the console to a PC through an app, to stream it on Twitch or for those who have accessibility problems with such a small screen). All without considering that the SDK of the console has already been released in a totally free form, for allow anyone to develop software for Playdate through a simple web browser. It is therefore more than reasonable to think that there are support programs at least in the medium term, even if a lot will depend on the welcome of the community and the wishes of the public.

Today, for what it offers, Playdate is an adorable anomaly that is really hard not to genuinely love. We are faced with the purest and most crystalline expression of that over-the-top madness that often and willingly animates the indie scene, translated into a prodigious object full of emotions and warmth, just like the yellow that represents it.

At the same time, however, it is difficult to deny the important costs of the investment (the final expense is basically that of a Nintendo Switch Lite) and a certain, however, pleased emptiness of the same. Because it is clear that Playdate’s intent is to claim a certain out-of-the-box conception of the video game, rather than engaging for hundreds if not thousands of hours with ultra-in-depth experiences.

In short, if you don’t mind the prospect of entertaining yourself once in a while with something curiously different – come on a console which, it should be made explicit, will nevertheless remain unused for most of your time – and in general you would like to actively support a similar project, take a seat: knowing these premises it will be impossible to be disappointed. Indeed, the opposite is literally true, because your experience with Playdate will be a continuous succession of surprises and magic. 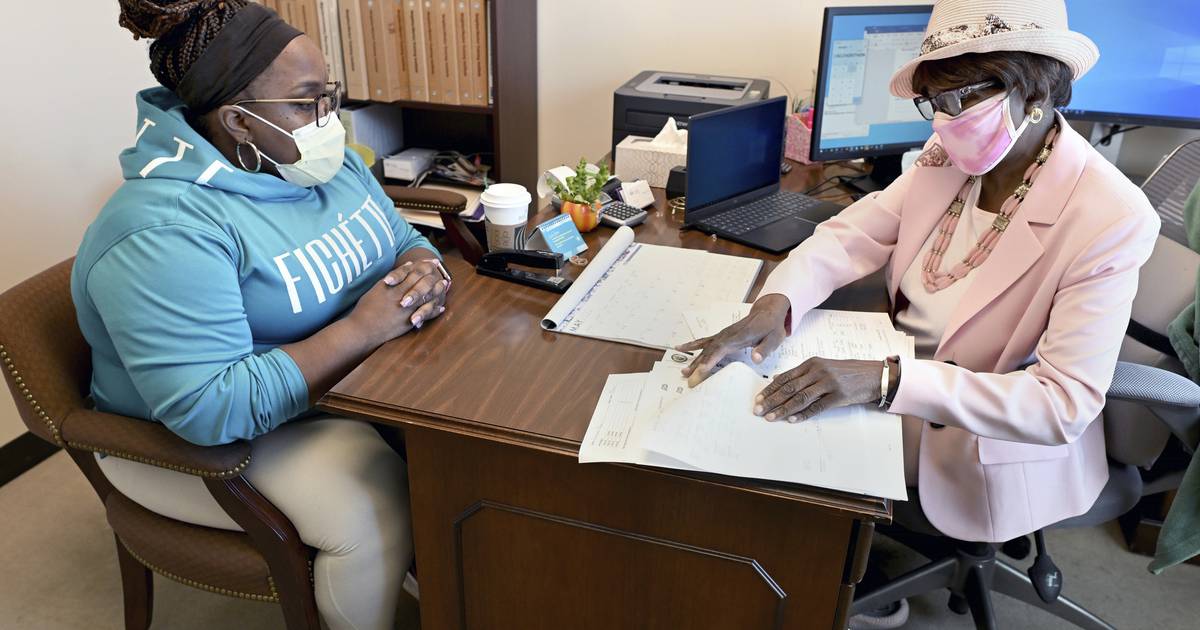