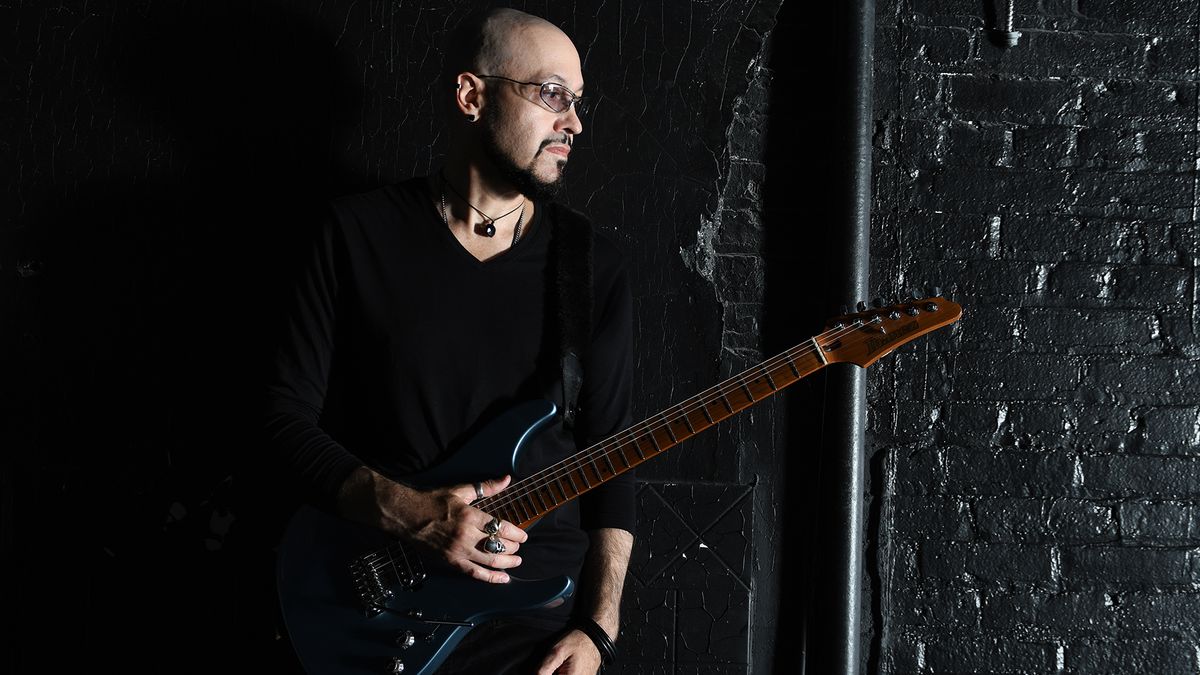 Music has been deeply personal for Rob Balducci since he began playing guitar as a child. Listening, writing, recording, performing – all that being a musician encompasses has, for him, been about expression, storytelling, and finding refuge during difficult times.

A graduate of Five Towns College in Long Island, he holds a degree in Music Performance and Theory. His debut album of him, Balance, was released in 1995, rapidly elevating him into the upper echelons of the guitar world. From there, he followed with Mantra, The Color Of Light, Violent Horizons, 821 Monroe Driveand his latest release, Transcendence.

821 Monroe Drivereleased in 2015, took its name from his maternal grandparents’ street address – the house where his mother grew up, and the home where he spent summers surrounded by family and practicing guitar. Transcendence is another emotional journey, honoring the memories of his beloved parents, Vito and Natalie Balducci, whom he lost in 2015 and 2018, respectively.

Just as his life after tremendous loss was showing hints of returning to some normalcy, the world came to a halt. First came the Covid pandemic and lockdowns, which put a stop to live gigs.

Working from their home studios, Balducci and his longtime best friend, producer, and engineer, Steve Simonson, began working on the new album. Then, only days before its 2021 release, came the news of Simonson’s untimely and unexpected passing by him.

Still raw from losing his parents, Balducci found himself deeper in grief and depression. It’s a process he is still working through, mostly privately and internally, as is his nature di lui, and now publicly as an advocate for mental health care.

Which guitars did you use on this album? Did you do anything different during the recording process?

“Last year was a big anniversary for me with Ibanez Guitars – 30 years. Over that time, I’ve gotten a bunch of different guitars from them and I used several on this album. The LAC RGA is a custom shop model they built for me. I used those on the record, specifically an alder purple one with three single coils.

“In the last couple of years, Ibanez came out with the AZ Prestige, which is a really nice guitar. I have one of those, also an alder body, with a maple neck and stainless steel frets. It gives you a nice bite on the high end of the notes. I have a green LAC with a mahogany body, and a Strat-style model that Ibanez made in the 1970s that I used for clean stuff. I used an Ibanez acoustic on the songs Life is Precious and Eternal.

“I used cab sims this time instead of actual cabinets and mics. About 85 percent of the record was done with a Two Notes Torpedo Studio. I would plug in my DV Mark or whichever head I used, run it into the Torpedo, and run that into my computer. It gives you the ability to tailor each song with a specific tone.

“I could mess around with the cabinet sim until I got the sound I wanted. There’s good things and bad things about that. The good thing is that you’re working from home and you have the time. The bad thing is that, having the time, you can go into a deep hole, so you have to put some limits on yourself to not get too wrapped up in it. “

You mentioned DV Mark. Are you still using the Greg Howe Maragold?

“Yes. I also used a DV Mark Multiamp. I have gear for years. I keep as much as I can, and so I have some older amps. I used a Soldano, a Cornford MK50, and a Vox Brian May on a couple of things, which was very interesting. Another piece of gear that was used a lot was an Eventide H9.

“I’ve been endorsed with them for a long time and I asked them if I could try one. On a song called The Presence, there’s a pattern in the background that simulates a keyboard, and it’s that pedal. I also did some weird filtering with it on some of the melody tracks. “

Let’s talk about what led to this album – whatever you’re comfortable sharing.

“This started in 2014. My dad was sick, and he passed in 2015. My mom was starting to get sick at the same time – she had some dementia-type issues – and she passed in June 2018. So there was a five- year period where I was taking care of them full-time. I have three older sisters, and as the youngest child, I was close to my parents.

“My wife and I lived in an apartment under them, so I took care of them. That’s what inspired this record. Each song has a specific meaning to certain things that were happening during those years. I was also their healthcare proxy, and that’s a big thing to deal with mentally. “

As a caretaker, how did you also take care of yourself?

“It was difficult. The only real escape I had was the creative process. Thank God my wife was with me, so she would give me some breaks, and every once in a while my sisters would take my parents for a weekend.

“Music, for me, always has to do with what’s happening in my life. I started playing the guitar at 11 years old, the same age I was diagnosed with type 1 diabetes. The guitar kept me from going crazy through my teenage years. I felt uncomfortable playing outside.

“There were summer parties going on, stuff like that, people getting together, and meanwhile I had to take insulin shots. At that point I didn’t want anyone to know there was something wrong with me, so I stayed home and delved into playing my guitar. It takes you to a different place.

“That’s how it helped me with my parents, and writing this record was a catharsis as well. I believe in therapy, so I was going to a therapist at the same time and after. My wife made me go because she felt there was a lot of stuff going on. It helped me a lot. “

The moment you realize that you are an adult orphan – suddenly it seems that “everybody else” has parents and you don’t.

“Yeah, it does, and I’m still dealing with it to this day because I was really close to my parents. It’s not like my wife and I moved to another state or something. I stayed very close to them, and they were very supportive of my music.

“When I was starting out, my father would take me to all my shows, and up until the end, when they could, they were both coming to see me play locally. I know it’s a weird feeling. I still can’t comprehend that they’re not here. “

Did you gig at all during the years you took care of them?

“Not that much. Everything was put on hold. But I really couldn’t think to do anything else. It’s your parents. Everyone’s parents are different, but I was lucky I had parents that would do anything for me. So to me, not to do anything for them – I just couldn’t not do it. I knew if it were me, they would be there, so my thought process was that I had to be there for them. “

Was there a point in all of this when you couldn’t play guitar?

“When they both had passed, there was some time when I didn’t play at all. The fifth song on the album is called Bliss, and that’s where that title comes from. It’s being away from playing, and coming back to the guitar and starting this process. It’s the feeling I had.

“If you look up the word ‘bliss’, it’s joy, but it wasn’t joy that my parents were gone. It was joy that I was starting to be able to get back to some sort of normal thing, and it was the guitar that was helping me. “

While still in this grief, you finished the album and lost Steve just before the release date. This is loss on top of loss, and every loss brings back previous losses. How is your heart today?

“Steve was 46 years old, and it was a shock to everybody – his parents, he has an older brother. I’m still dealing with it. I talked to him every day and we got really close in the last 10 years. He died two weeks before the record was released, so it puts a different perspective on everything, even the title.

“If you look up ‘transcendence’, the word means going beyond the usual limits. To me, it also means going into another realm. That’s what the cover is supposed to represent, because my shadow is in the picture.

“My original thought behind that cover was that I was transcending, whether it’s to another place, my energy’s moving, me passing on, my parents passing on, that’s what it was supposed to represent. Now it has a double meaning to me. It’s almost like Steve is the shadow, because he was a guitar player as well. So when I look at it now, Steve is always there next to me. It makes me think differently when I look back on everything we worked on. “

In addition to grief, did you experience depression or anxiety? If so, what were some of your coping mechanisms in addition to therapy?

“I’m still going through the process of losing Steve, and there’s definitely depression with that. The anxiety I had with my parents was bad. I had panic attacks that at first I thought was a heart attack. Therapy helped with that, doing breathing exercises and stuff, which I still do now.

“My advice to people dealing with these issues – if you are lucky enough to have insurance coverage – is you have to find somebody to speak to. Another thing, one that you can do on your own, is if you play an instrument, try and get some of the energy you have and focus it toward playing.

“Journaling also helps. If there are things you can’t say, write them down, and then go back and read them. After my parents passed, I really got into walking. It’s a good physical activity because you don’t need special equipment to do it. My wife and I go out and walk every day. I started out doing twenty minutes and now I go up to an hour. It’s space and time for yourself, and it’s also time you can think. And I think physical activity helps a lot. “

Through all of this, you remain upbeat on your social media pages.

“My music is very personal, but I’m not one to go on social media and say, ‘I’m feeling horrible,’ or ‘I’m depressed.’ I don’t think people want to see that. I’ve always been that way.

“I remember when I was a kid and was first diagnosed with diabetes. My teacher was going around my grammar school class and pointing out things; I guess she was trying to get everyone to know each other.

“She got to me and she said, ‘Rob Balducci, stand up. You know, you’re always smiling. You seem like you’re always in such a good mood. ‘ And I’m sitting there, miserable inside, because I was just told I had diabetes.

“So it’s not something that I show on the outside. That’s one of the things about mental health: You can’t see it, and you really don’t know what somebody is going through until they talk about it. “ 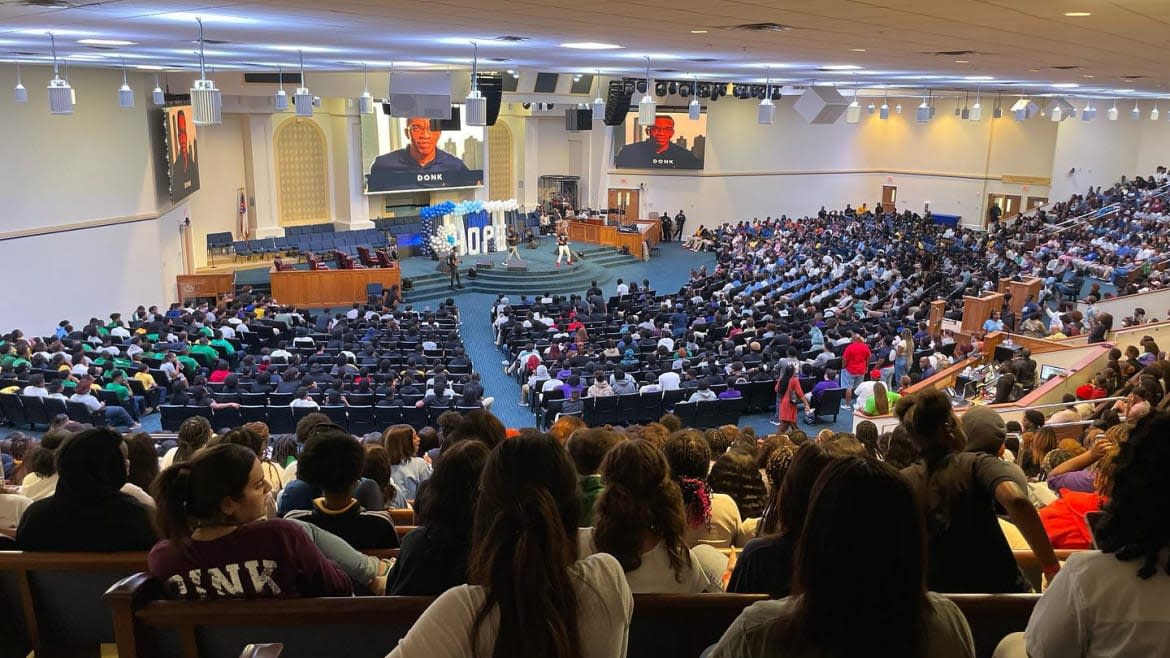