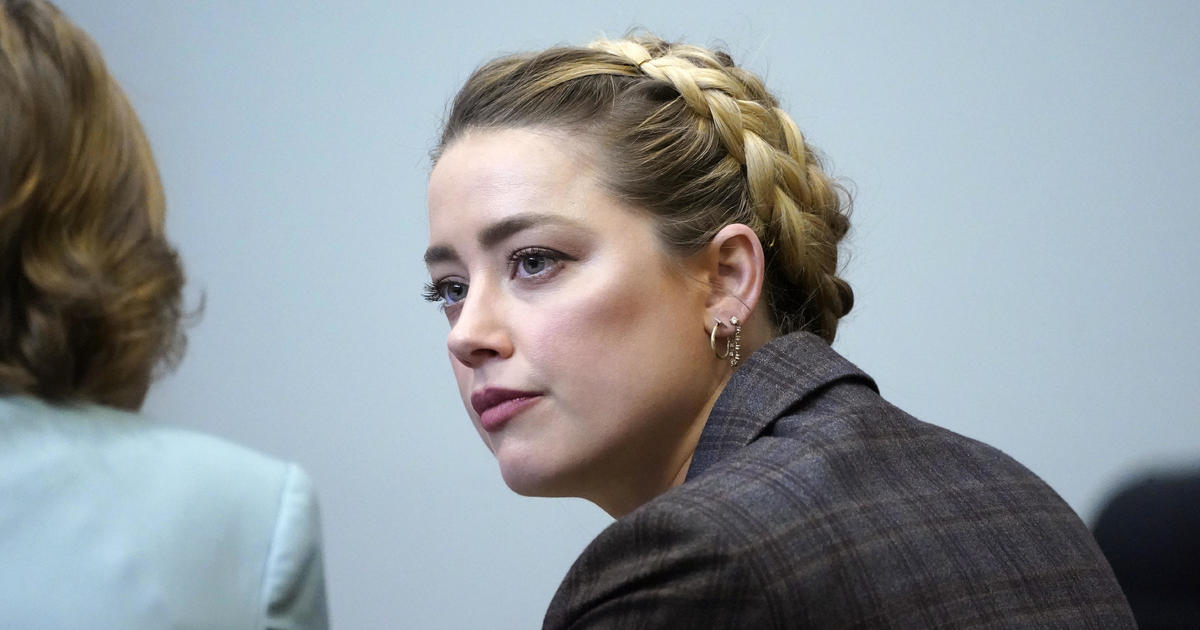 The trial of Johnny Depp $50 million defamation lawsuit against ex-wife Amber Heard resumed Monday with testimony from a man who worked as a security guard for Depp. Travis McGivern described arguments overheard between the couple that escalated after they returned from a trip to Australia in March 2015, “I wouldn’t say every night, but every other night, several times a week.”

Heard accused Depp of repeatedly physically and sexually assaulting her before and during their brief marriage. He then sued her for defamation after she wrote a 2018 op-ed in The Washington Post in which she called herself a “public figure representing domestic violence.”

She never mentioned Depp by name in the op-ed, but her lawyers argued it was a clear reference to the charges Heard brought in 2016 when she sought a restraining order against him.

In Monday’s testimony, McGivern said he witnessed “a lot of name-calling, a lot of F-bombs”, which he said usually came from “Miss Heard, directing her feelings towards Mr. Depp”. He also described an argument in which “I saw Miss Heard throw a can of Red Bull from her position which hit Mr Depp in the back”.

“At that point, I got closer to Mr. Depp,” he said. “I didn’t care that I was in the middle of their conversation at the time. I didn’t want my client to be hit by anything else, so I stood right next to Mr. Depp. The Verbal assault continued from both of them. Mr. Depp was giving his all at the time. He was angry and agitated. At one point, Miss Heard threw something else, a bag hand, either some kind of bag or something she had up there. I was able to hit him so he wouldn’t touch it. At one point, she spat on him.

Last week, jurors heard about the editorial at the center of the case. Terence Dougherty, general counsel for the American Civil Liberties Union (ACLU), said Thursday that the group wrote the article under Heard’s name, reflecting her role as the ACLU’s ambassador on gender-based violence issues.

On Monday, Depp’s agent Jack Whigham testified that the op-ed was different from other articles because it was a “first-person account from the victim.”

“It was extremely impactful,” he added, calling it “catastrophic” for Depp’s career.

Whigham said Depp was still able to work after allegations were first made against him in 2016. He was paid $8 million for “City Of Lies,” $10 million for “Murder on the Orient Express” and 13, $5 million for “Fantastic Beasts: The Crimes.” of Grindelwald”, all of which were filmed in 2017, albeit under contracts made before the allegations against him.

After the article was published, he said, Depp struggled to get any kind of work. He had to take a pay cut – up to $3 million – to make the independent film ‘Minimata,’ and a $22.5 million verbal deal he had with Disney for a sixth ‘Pirates’ movie. was scuttled, Whigham said.

On cross-examination, however, Heard’s attorneys asked if the “Pirates” deal had already gone south by the time Heard’s article was published. Whigham acknowledged that he never had a written agreement for Depp to appear in a sixth “Pirates” movie. And though he said ‘Pirates’ producer Jerry Bruckheimer spoke favorably throughout 2018 about Depp’s return to the franchise, Disney execs were evasive at best.

In early 2019 – weeks after Heard’s op-ed – Whigham said it was clear Depp’s role in any ‘Pirates’ movie had been scuttled and producers were looking to move forward with Margot instead. Robbie in a lead role.

Heard’s lawyer, Elaine Bredehoft, aggressively pushed back against the agent’s claim during cross-examination, suggesting the article was inconsequential amid a barrage of bad publicity for Depp. Heard’s attorneys cited a variety of factors, including reports of heavy drug and alcohol use, a lawsuit filed by a crew member in July 2018 who claims he was punched on set by Depp, and a separate libel suit that Depp filed against a British newspaper in 2018 — like things that damaged Depp’s image more than the Post article.

Depp maintained the accusations and the article contributed to an unjustly ruined reputation that made him a Hollywood pariah and cost him his role in the lucrative “Pirates of the Caribbean” movie franchise.

Depp filed a lawsuit in Fairfax County Circuit Court in Virginia after the article was published. In four days of testimony in April, he said he had never hit Heard and he had never hit a woman. He accused Heard of physical and emotional abuse, and she filed a $100 million countersuit against him.

The ACLU’s Dougherty testified that numerous attorneys for the organization reviewed the article at various stages and asked Heard’s attorneys to also review the article to make sure it didn’t go wrong. against a nondisclosure agreement she made with Depp as part of the couple’s 2016 divorce.

During those discussions, Heard returned an edited version approved by his attorneys that “specifically castrated much of the copy relating to his marriage,” according to an email from Jessica Weitz, an ACLU staffer who coordinated with Heard.

According to the email, however, Heard was looking for a way to restore a deleted passage in the article.

The various draft articles were not shown to the jury, so it is unclear how many personal details were in the first draft and how many Heard’s attorneys had edited out.

But the final version contains very little about Heard’s personal experiences. He doesn’t mention Depp at all. In addition to the passage on “a public figure representing domestic violence”, in another passage she writes: “I had the rare perspective of seeing, in real time, how institutions protect men accused of violence” .

Much of the article discusses legislative priorities for domestic violence prevention advocates. Other passages refer to parts of his personal life unrelated to Depp.

Dougherty testified that “the language that ended up in the final opinion piece was significantly different from the original language” in the draft, Dougherty said. “It did not directly refer to Ms. Heard’s relationship with Johnny Depp.”

While the lawsuit is supposed to be about whether Depp was defamed in the article, very little testimony in the first three weeks, until Thursday, has focused on the article itself or its content. . Heard’s lawyers had predicted at the start of the trial that he would become a life-saving soap opera it would delve into the messy details of Depp and Heard’s personal lives.

Heard’s lawyers, however, said that even if the jury were to believe she was never abused by Depp, Heard should still prevail in the lawsuit because the article does not concern Depp, does not defame him. not and that Heard’s free speech rights allow her to weigh in on issues of public importance like domestic violence.

Much of Dougherty’s testimony also focused on whether Heard kept his promise to donate $3.5 million — half of his $7 million divorce settlement with Depp — to the ACLU. Dougherty testified that the ACLU so far awards her a $1.3 million contribution and expects the money to come over a 10-year period, but she has not made any contributions. since 2018.

Jurors also heard briefly from Depp’s business manager, Ed White. White said he stepped in in 2016 to resolve Depp’s financial troubles, including unpaid taxes and a cash flow crisis. When he blamed Heard for an excessive wine bill that included several $500 bottles of Spanish Vega Sicilia wine, Heard’s attorneys responded with a barrage of questions about Depp’s overspending, including spending millions on firing the ashes of reporter Hunter S. Thompson from a cannon. .

Depp and Heard met while filming “The Rum Diary,” an adaptation of a Thompson novel. Depp testified earlier that he and Thompson were friends, and that Depp had in fact found the lost “Rum Diary” manuscript while going through Thompson’s papers.