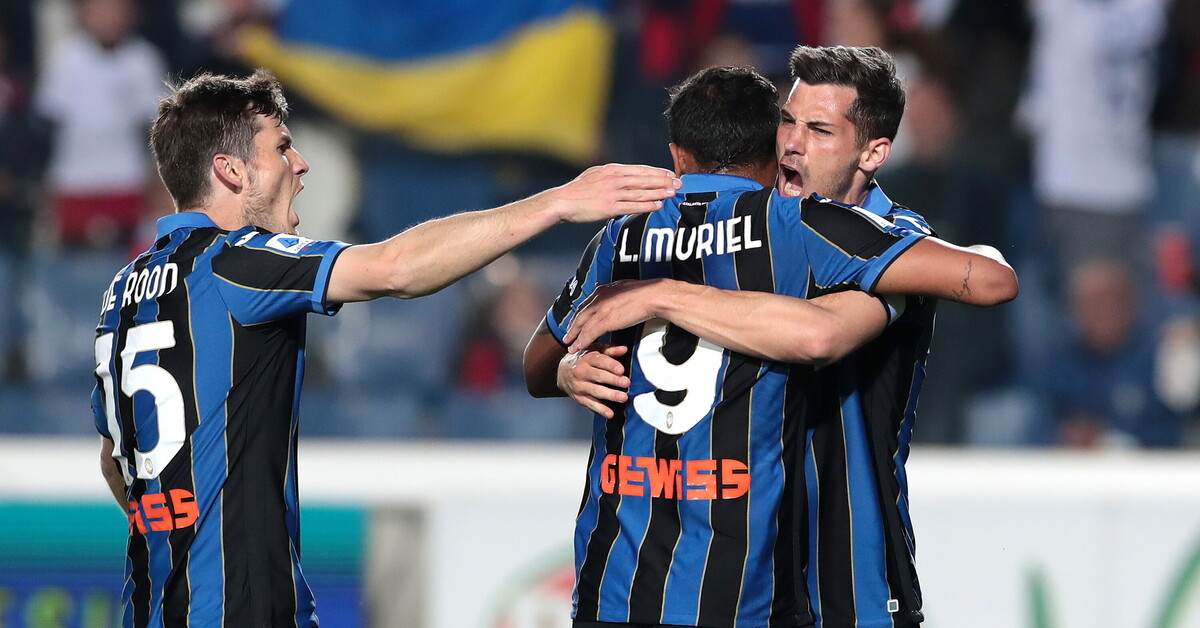 Gasperini fails to reach sixth place, but comes back thanks to Muriel’s brace from the spot, replying to Lukic’s other two goals, always from 11 meters

The recovery of the 20th day of the Gewiss Stadium gives a great show: it is 4-4 between Atalanta and Turin. After the advantage of Sanabria (4 ‘), the orobics overturn everything between the 17 ‘and 23’ with the rigor of Muriel and the right of De Roon. Grenade counter-overtaking: double by Lukic (always penalty) between 36 ‘and 63’ and own goal by Freuler (68 ‘). However Gasperini returns to the surface with Pasalic (78 ‘) and, from the disk, with Muriel (83 ‘).

THE MATCH
For two months now Atalanta has no longer been able to win in the league at the Gewiss Stadium in Bergamo. But at least, with the great comeback tonight against Torino, he avoids suffering his fourth consecutive defeat in official matches. From 28 February to today, the Nerazzurri (still in eighth position) have won two points at home. Now, the fight to get to the Europa League is getting a little tougher than what one might have thought on the eve: Roma, fifth, are 3 points away.

Just the time to start the match and here the grenades immediately take the lead in the 4 ‘: Praet, on Singo’s verticalization, gets rid of Djimsiti on the right and puts a greedy ball in the middle with Sanabria who bags in the small area taking the weather in Scalvini. Freezing shower for Gasperini, who, however, catches his breath in the 17 ‘: Rodriguez intervenes in the area on Zappacosta and provokes the inevitable penalty, then transformed by Muriel with a low and central trajectory. Goosebumps who also find the strength to overturn immediately after the result, when a low ground corner by Muriel for De Roon is worth the bolide with the latter’s right, which turns out to be unstoppable for Milinkovic-Savic: 2-1 at 23 ‘.

But there is no time to rest assured: Juric’s team, in fact, equalized the score in the 36th minute with Lukic’s penalty after Freuler’s intervention in the area on Sanabria following an error in support of Djimsiti. At the start of the second half Zapata tries to turn around, but the intervention in the extirada of a monumental Bremer sends the corner his shot. At 63 ‘Pobega is served in the area by Praet and put down by Toloi: Lukic signs the brace from 11 meters. Freuler’s own goal, on Sababria’s cross, would seem to close the score in the 68th minute, but the substitute Pasalic reopens everything with 13 ‘from the end, before the pyrotechnic equal to 83’: Zima’s handball is reviewed at the Var and the referee Abisso concedes the fourth penalty of this match. Muriel is not intimidated by the pressure and signs the final 4-4.

REPORT CARDS
Muriel 7 – He accomplishes a few simple things throughout the game, but in the end his decisive paws from eleven meters are decisive, reviving a team from Bergamo that seemed destined by now for the knockout.
De Roon 6.5 – Let go of a first intention conclusion, on the development of a corner by Muriel, which determines the completion of Atalanta’s (provisional) comeback after the initial cold goal of the grenade.
Scalvini 5.5 – His diagonal was delayed on the occasion of the 0-1 signed by Sanabria; although there are not many incursions from Torino, the Under 21 defender is not always very attentive.
Zapata 5 – Complicated evening for the Colombian, also thanks to a gigantic performance (yet another) by Bremer: he has the opportunity of 3-2 on his foot, but fails to exploit it.
Lukic 7 – Fourth consecutive goal in two games for the Serbian: three of these were scored from penalties. Symptom of a season finale that Juric can do nothing but please.
Sanabria 6.5 – Unlock the result after less than 4 minutes of play and also earns the 2-2 penalty converted by Lukic. The Paraguayan shows continuity after the good performance against Spezia.
Bremer 6.5 – Although we know his value very well by now, the way in which the Brazilian looms large in his area is always impressive: Zapata is completely canceled.
Zima 5 – Just as Rodriguez’s had been, the penalty handball committed to be substituted is equally naïve, which will then lead to the sensational 4-4 signed by Muriel’s spot.

THE STATISTICS
● Atalanta have five midfielders with at least three goals in this Serie A: no team has done better than the Goddess in the Big-5 European championships.
● Luis Muriel has actively participated in four goals (two goals and two assists) in this match, more than in any other single game in the top five European leagues, out of 313 matches played.
● Luis Muriel today scored his 50 and 51 home goals in Luis Muriel’s top five European leagues – 22 of these came with Atalanta in Serie A (43%).
● Sixth goal in this Serie A for Antonio Sanabria: the Torino forward has never done better in a single edition of the tournament.
● Antonio Sanabria scored in both of his only two games played against Atalanta at the Gewiss Stadium: goal in today’s match and marking on February 2, 2020, when he wore the Genoa shirt.
● Third league goal for Marten De Roon who has never done better in a single season in Serie A (three also in 2017/18).
● Luis Muriel has actively participated in 13 goals (eight goals and five assists) against Torino in Serie A against no other team he has done better in the Italian top flight.
● Saša Lukić has actively participated in nine goals in Serie A this season (five goals and four assists), more than any other team-mate in the current league.
● 11th goal in this league for Mario Pašalić, in his 150th match in Serie A. The Atalanta player, who is enjoying his best season in terms of scoring in the top five European leagues, has scored more goals than any another midfielder in the current Serie A.
● Saša Lukić has scored five in Serie A this season, just one less than the total in his previous four seasons in the Italian top flight and more than any other Torino midfielder.
● Luis Muriel has provided seven assists in Serie A this season, more than any other Atalanta player has done better in the current league.
● Second multiple scoring in Serie A for Saša Lukić after the one scored in the last league match against Spezia.
● Torino have scored at least four away goals in Serie A for the first time since 9/11/2019 (against Brescia in that case).
● Only Empoli (five) have conceded more own goals than Atalanta (three) in the current Serie A.
● Never this season have more penalties been granted than in today’s Serie A match – four also in Venezia-Sassuolo on 6 March 2022.
● Atalanta have scored 18 goals in the last 15 minutes of play, a record among teams in this league.