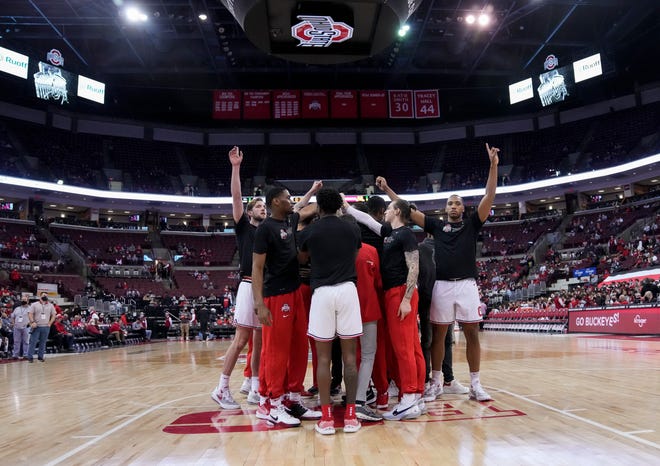 Since the Buckeyes left the NCAA Tournament with a second-round loss to Villanova, coach Chris Holtmann had to deal with a major squad overhaul both in the locker room and on the bench. Now, after landing in Oklahoma State, Isaac Likekele was transferred Wednesday and announcing the latest additions to his coaching staff on ThursdayHoltmann knows what cards he should be able to play when his sixth season at Ohio State begins this fall.

The 13 places on the list are now reserved. Ohio State will have a mix of youth (five freshmen) and experience (five players in at least their fourth season of college basketball) scattered around a roster replacing 85.9% of its points, 71, 6% of his rebounds and 83.6% of his minutes played this past season.

That’s a lot of production. Then on the coaching side, Ryan Pedon and Tony Skinn are gone, Jack Owens is here, Mike Netti has been promoted and two other staff members have been assigned to new roles.

With all that in mind, here are six thoughts on what it all could look like this season.

1. It all starts with Justice Sueing

Landing three players through the transfer portal was important to bolster the roster, and four incoming freshmen ranked in the top 60 nationally are all listed to make an impact to some degree this season. But when it comes to which additions to the roster will have the biggest impact on Ohio State’s results this coming season, landing Justice Sueing for a sixth and final season of college basketball remains the biggest benefit for Holtmann.

When Sueing chose to leave California after two seasons, he chose Ohio State in part because he wanted to test himself in a part of the country that was completely unfamiliar to him. After spending his transfer year (remember that?), Sueing started all 31 games in the 2020-21 season and became one of the best players in the Big Ten. According to KenPom.com, Sueing ranked in the top 20 in free throw percentage, two-point field goal percentage, free throw rate, fouls shot per 40 minutes, effective field goal percentage and offensive rebound percentage during league games.

He was third on the team in points (10.7 ppg) and second in rebounds (5.5 per game) while playing on the wing, power forward and even managing the point despite a groin/abdominal injury. which was never fully disclosed but got in his way during the playoffs and ultimately cost him all but the first two games of the 2021-22 season. With one more year of eligibility, Sueing could have gone elsewhere in search of a fresh start.

Instead, he’s back, healthy, and should be the team’s main weapon. He is long, athletic, versatile and a proven high-level contributor. Sueing still has room to improve his game, but this season will open with him as the face of the program.

After Sueing, the most certain player to be on the field whenever the Buckeyes announce the end of the season is third-year center Zed Key. After averaging 5.2 points and 3.4 rebounds in 11.7 minutes per game in his freshman season, Key started 23 of the 29 games he played and saw his numbers rise to 7.8, 5, 6 and 19.8, respectively.

There were growing pains along the way. Key was a force in a home win over No. 1 Duke, scoring a career-high 20 points in 27 minutes. He had the winning basket just before the buzzer to avoid an upset offer from Akron in the season opener, and a night when fatigue hampered the Buckeyes in their first game after a 22-day COVID-19 break. , he shot down 14 rebounds in an overtime win at Nebraska.

Zed Key:After other Buckeyes come to his aid, Zed Key appears as ‘Mr. Fix It’

He struggled throughout the season and scored in single digits in his last nine games while missing three others with an ankle injury. Key is still working to put everything together every night, but he will open the season counting on him to log 25 minutes per game and take on a bigger load at both ends of the pitch. Key has worked on a sweater and continues to refine his body, and he will open the season as the go-to player in the position.

3. Here’s why Ohio State didn’t add a ‘big’ in the transfer portal

Behind Key, rookie Felix Okpara is tagged to see important minutes and provide a different post dynamic. Key weighed 6-foot-8 and 245 pounds last season. Okpara is listed at 6-11, 210 pounds according to 247Sports.com but comes in as the No. 54 national prospect and No. 11 center in the nation.

Okpara showcases an entirely different skill set to Key and should bring rim protection and raw athleticism with an attacking game still in development. He will play important minutes, but it’s unclear whether Okpara and Key will be able to share time together. Given that, any transfer addition at center should have been someone willing to rack up the minutes left behind those two when the Buckeyes weren’t playing in small-ball lineups.

Yes, he was dubbed the “point guard linebacker” by ESPN’s Fran Fraschilla during his four seasons at Oklahoma State. And no, his size of 6-5 doesn’t scream a post player in the Big Ten. And yet, Likekele should contribute both in the backcourt and potentially in the frontcourt thanks to his athleticism and tenacity.

With a roster spot available and the need for an experienced ballhandler to help rookie Bruce Thornton, Likekele fills that need while bringing a profile that will see him defend 1-4 and potentially a cross as well. Think of him as the poor man’s Draymond Green.

5. The backcourt will have to combine youth and experience

Thornton is the No. 42 national rookie in the 247Sports composite database. That puts him second among freshmen at Ohio State, just one spot behind shooter Roddy Gayle. Both are four-star prospects and both will play important minutes, but the Buckeyes are unlikely to open with a pair of true freshmen running their backcourt.

This is where West Virginia transfer Sean McNeil, Likely and, to some extent, Wright State transfer Tanner Holden all come into the equation. McNeil has averaged 12.2 points per game in each of the last two seasons of Big 12 play and Likekele is a proven stat eater who was the first player in program history to reach 1,000 points, 600 rebounds and 400 assists. Holden thinks he’s playing more on the wing than as a true guard, leaving Gayle, Likekele, McNeil and Thornton to fight for the bulk of the minutes.

Determining who can play with whom will be a fascinating subplot for summer and fall.

6. Who fills the wing spots?

The versatility that Sueing and Likekele should provide will give Holtmann some decisions to make when it comes to the wings. Third-year Gene Brown III shone at times and worked his way into the starting lineup last season, but has been slowed by injuries and continues to grow offensively. He could see minutes at 3 with Sueing at 4, but the same could be said for Holden, who averaged 20.1 points for Wright State last season.

The rising wildcard is freshman Brice Sensabaugh, a 6-foot-6, 240-pound forward who is the highest-rated member of the Ohio State class in the ESPN rankings after a meteoric rise in as a senior. Holtmann has publicly described him as borderline impossible given his size and skill set, and he plans to consider rotation in a meaningful way.

Redshirt freshman Kalen Etzler and Seth Towns, seventh grade graduate are the two wildcards here. If they are stronger (Etzler) and fully healthy (Towns), both could be considered contributors to play alongside Sueing at 4 and Towns could be a candidate to play center in a small-ball formation.

Get more Ohio state news by listening to our podcasts 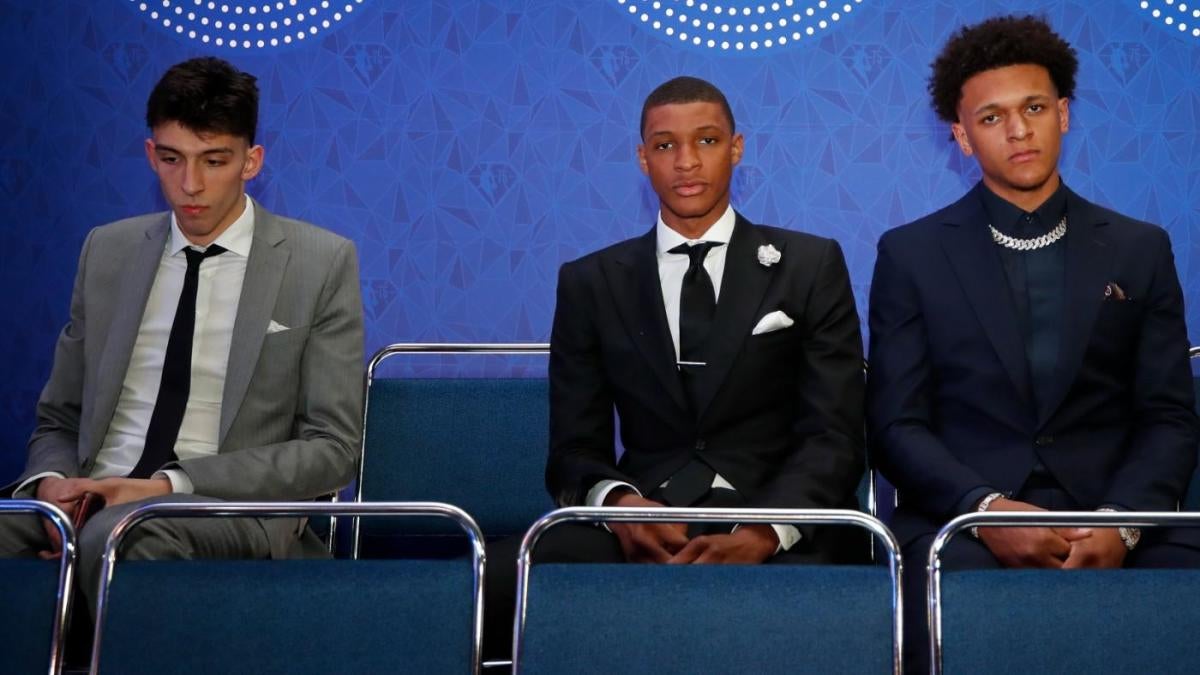