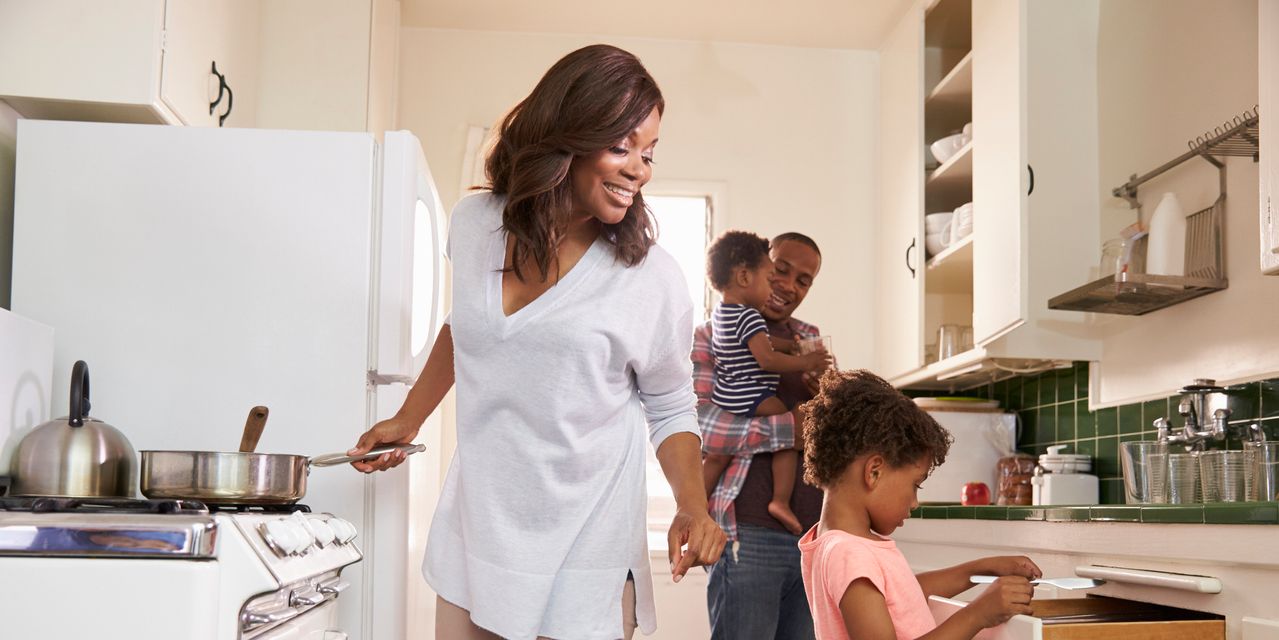 An economic downturn seems to be in the cards. And that could put some owners in a difficult situation.

Fears of a recession were stoked last week when data showed that the US economy contracted in the first quarter at an annualized rate of 1.4%. Roger Ferguson, who previously served as Federal Reserve Governor, said a recession was “almost inevitable” due to growing weakness in the global economy.

““The debt that financial advisors are most concerned about is high-interest debt, like credit cards, rather than low-interest loans like mortgages.””

“The likelihood of a recession in 2023 is certainly very, very high, due to the challenges of getting this runaway inflation under control and having so few tools to control the supply side of the economy,” he said in an interview with CNBC on Monday.

The good news for consumers is unlike the brief recession that was triggered by the onset of the COVID-19 pandemic, they likely have time to prepare. A recent report Goldman Sachs GS analysts,

suggested that the probability of a recession occurring this year was only 15%, with a slowdown more likely for 2023.

Most financial experts recommend getting your finances in order before an expected recession. And for many households, that would mean reducing their debt. But the debt that financial advisors are most concerned about is high-interest debt, like credit cards, rather than low-interest loans like mortgages.

Also see: How to prepare your finances for another recession: ‘We believe a hard landing will ultimately be inevitable’

When the United States entered a brief recession at the start of the COVID crisis, the housing market came to a halt. But house prices didn’t come down — in fact, they continued to climb, and the rate of house price growth eventually accelerated to the fastest pace on record amid the pandemic.

This chain of events is something of an aberration. Prior to 2020, “in recessions since 1980, real house prices have declined 5% year-over-year, on average, with annual declines in all but one recession,” research analyst Alexander Hermann principal at the Joint Center for Housing Studies at Harvard University, written in a report. The exception during this period was the 2001 recession due to the dotcom bubble.

““Housing production generally slowed even before the onset of previous recessions. Indeed, housing is often considered a leading indicator of economic activity.”

Recessions have also been associated with declines in new home sales and housing construction. But recessions have not caused these downturns in the real estate market.

There are currently signs that home sales are slowing as potential buyers grapple with rapidly rising mortgage rates, pushing many out of the housing market.

And to the extent that recessions lead to higher unemployment and financial losses, they can lead to increased mortgage defaults and foreclosures. This was certainly the case with the Great Recession, which was associated with a national foreclosure crisis.

But a major surge in COVID-related foreclosures has yet to occur. This reflects the federal government’s swift action to prevent families from losing their homes at the onset of the crisis. The ban on foreclosures and the availability of forbearance on mortgage payments helped prevent a spike in mortgage defaults, even when the unemployment rate hit record highs.

The benefits of paying off a mortgage sooner than expected

Paying off a mortgage before it matures has an obvious advantage: it means you won’t have to worry about monthly payments in the future.

“It may be the only thing in the world of finance that’s guaranteed,” said Leon LaBrecque, executive vice president and chief planning strategy officer at Sequoia Financial Group, a national financial advisory firm.

The absence of a large monthly payment can reduce a significant burden, which is helpful if someone loses their job or suffers another loss of income. This is why many homeowners struggle to pay off their mortgage before retirement, as many compare retirement to a personal recession due to the transition to a fixed income which may be less than a person was earning when she was still working.

Determining how valuable paying off a mortgage can be from a stress reduction perspective, however, is a challenge. “This psychological benefit is difficult, if not impossible, to calculate,” said Nicole Gopoian Wirick, founder of Prosperity Wealth Strategies, a Birmingham, Michigan-based financial planning firm.

“With another recession possibly approaching, homeowners should consider how much equity they have accumulated in their home.”

Being mortgage-free — or at least accumulating more equity in the home — has other advantages in the context of a recession. During the 2008 financial crisis, many households found themselves under water on their mortgages when house prices plummeted. These families therefore found themselves with fewer options if they encountered financial difficulties that made it difficult to repay their monthly loan payments.

When a mortgage borrower is under water on their loan, they owe more than the value of the property. As a result, selling the house will not clear their debt, so they will have to shell out additional money to their lender to settle the loan. So when families suffered job or income losses during the Great Recession, they couldn’t simply rely on selling their homes for a profit to improve their financial situation. This helps explain why so many owners have been subject to foreclosure and even simply abandoned properties.

With another recession possibly approaching, homeowners should consider how much equity they have accumulated in their home. This equity can act as a cushion against falling home prices, giving them potentially vital leeway to stay above water on their loan and preserve potentially crucial escape routes.

The Disadvantages of Larger Loan Repayments

Paying off a mortgage is not a sound financial decision, as there are very real trade-offs to be made along this path.

“I am a proponent of early debt repayment with an assumption. The assumption is that the individual has saved enough,” said John Cooper, private client advisor at Greenwood Capital, a South Carolina-based investment advisory firm.

It is essential, in the run-up to a potential recession, to build up an emergency savings reserve to protect against the worst possible scenarios. Beyond that, however, building long-term savings for things like retirement or paying for a child’s school fees is also important.

When considering whether or not to make prepayments on a mortgage, a family should compare their mortgage rate with the return they can expect to receive on those investments. If there’s an opportunity to put your money in a savings account or an instrument like a certificate of deposit that pays a higher interest rate than the mortgage, it’s “no brainer.” to follow that plan, said David Bize, a Texas-based certified financial planner.

The calculation is a little more difficult when it comes to stocks and bonds, because the return on these can be variable. “My general rule of thumb is that the expected rate of return for the next 10 years should be at least 2% above their mortgage interest rate, with a 2% margin for additional risk and unsecured return,” Bize said.

A third possibility: ‘recast’ your mortgage

An alternative to paying off a mortgage outright can be to “recast” your loan, said Rob Greenman, chief growth officer and partner at Vista Capital Partners in Portland, Ore.

When you recast a loan, you make a large one-time payment. The original term of the loan is retained, but the lender will adjust the monthly payment in response. This can reduce the amount a household has to pay for their loan each month, but leaves more money on hand than they would if they simply paid off the mortgage in full.

Word of warning: As Greenman points out, lenders typically charge a fee if they allow the loan to be recast, which typically costs hundreds of dollars. 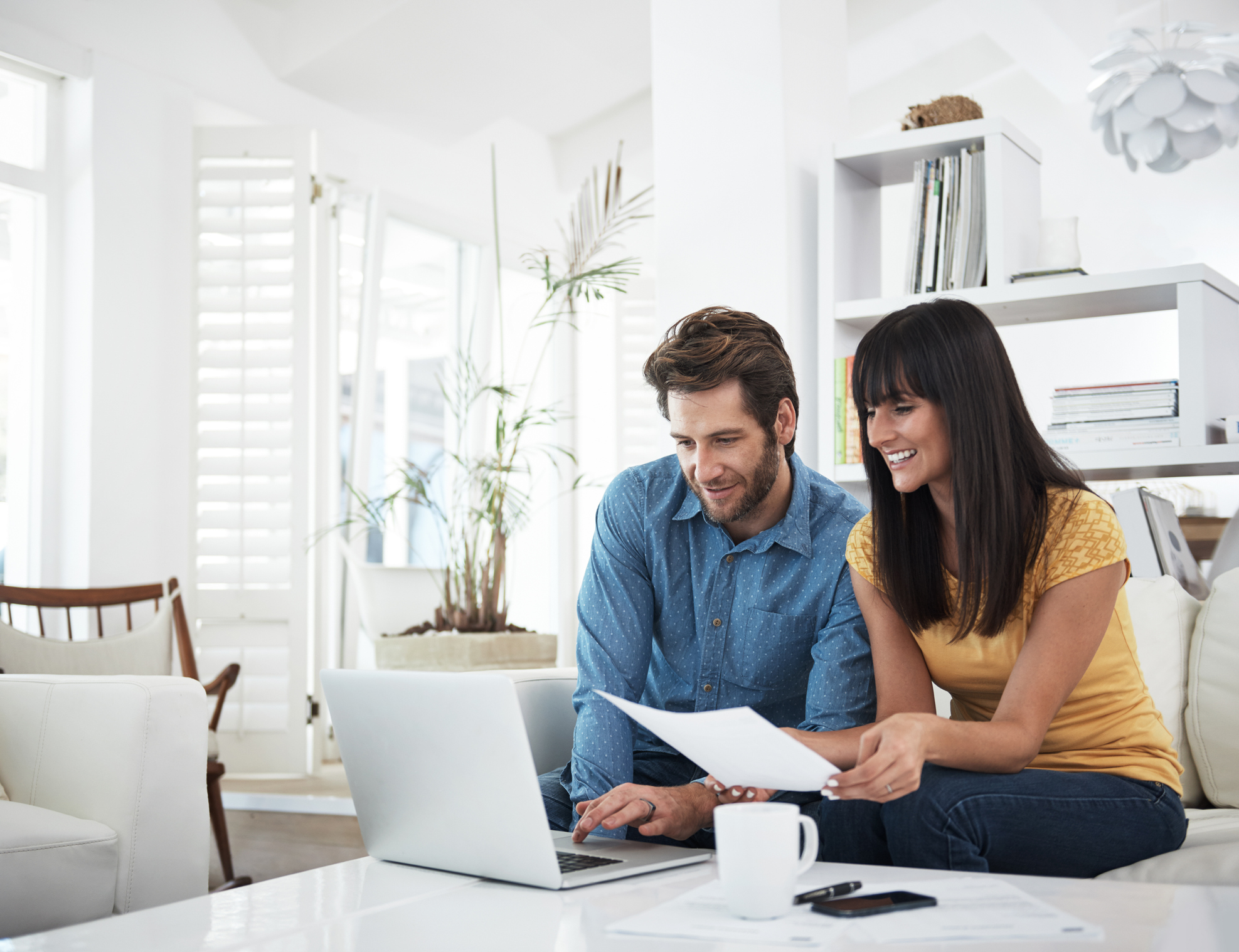 Nissan is worthwhile for the primary time in years