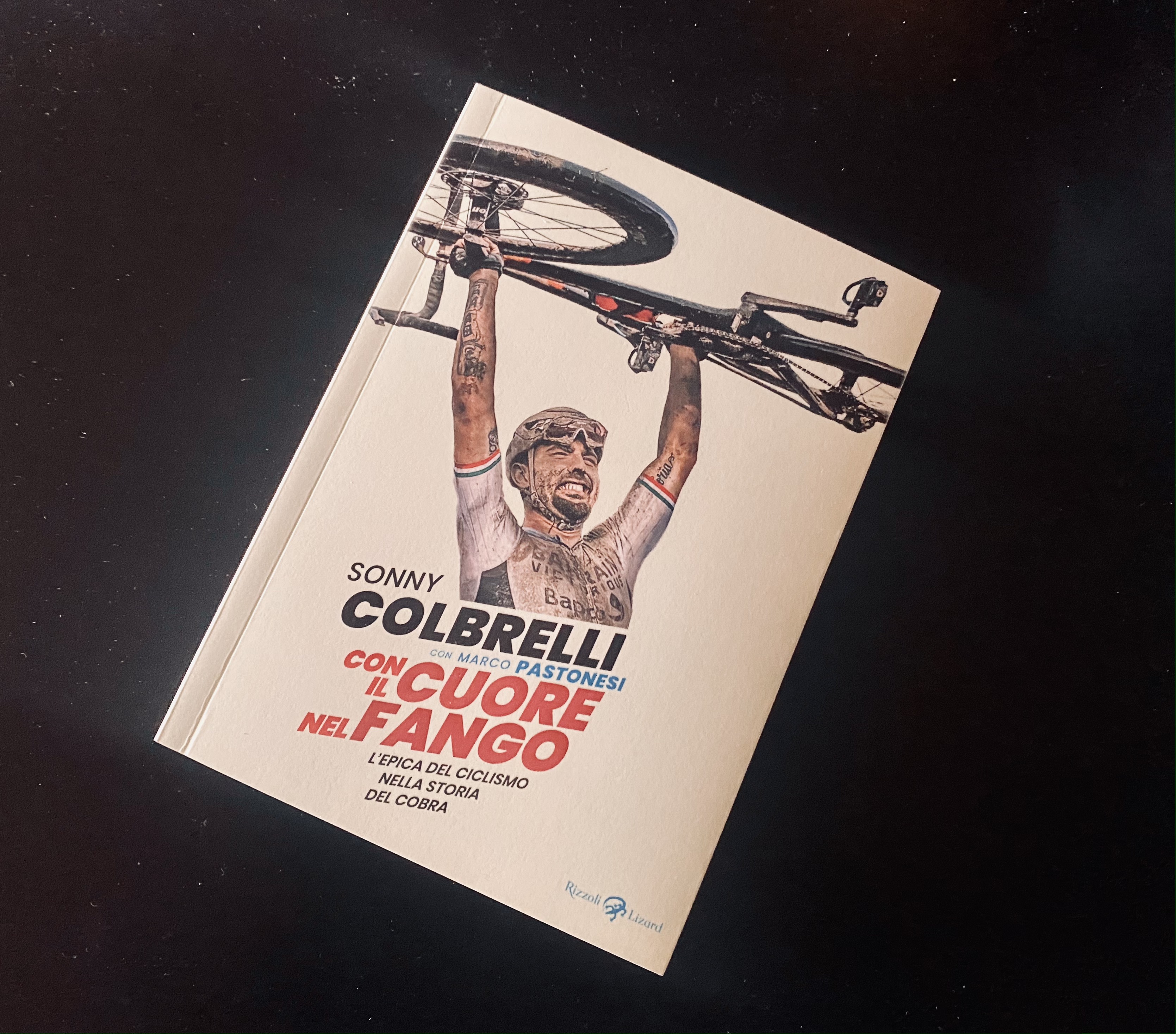 When the human being, the athlete in our case, accomplishes something unique, something that changes inside both him, who has completed that task, and those who assisted it, the desire for that moment to be fixed forever and repeating itself as perpetual motion is strong. It must be for this and other reasons that Sonny Colbrelli wanted to write down his most sublime victory of his career as a professional cyclist, helped in the story by the expert Marco Pastonesialready author of one of the most beautiful books on the subject: Pantani was a god.

It was released in all bookstores and online stores With my heart in the mud. The epic of cycling in the history of the Cobra (Rizzoli Lizard). The title unequivocally directs the reader to Sonny Colbrelli’s triumph in the 118th edition of the Paris-Roubaixthe Queen of the Classics, hell and heaven, alpha and omega of a discipline that does not grant discounts to anyone.

That of 2021 it was an anomalous race, both for the period in which it was held, October instead of April as usual, and for the climate that kept faith with the nickname of this Monument, Hell of the North. Here, however, the flames are only those that burn the legs of the runners. To torture them the 29 sectors of pavé29 Dante’s bolge, in 2021 seasoned with water and mud that literally disfigured samples usually bold in their elegance and stylistic perfection. Phidias he would have them without hesitation carved in marble. Classic models projected into modernity.

Who was lucky enough to follow that Paris-Roubaix witnessed an authentic sporting miracle, now narrated in the first person by the voice of those who made it happen. And there is not only that: from the first memories of cycling to the first successes in the youth teams, up to the cycling that matters to him, that of professionals. Many anecdotes (such as the reason for his name), the years to Zalf-Fiorthe beginnings, the blows, the races seen on TV with the hope one day of being able to repeat those feats.

And Colbrelli has repeated them all right, taking his well-deserved place in the history of Sport. With a worker awareness: “Winning, not winning. To win over is an act of presumption, often a sin of presumption, and you pay for it. I know I can’t win big, but I finally know I can win. In different ways: not only in the sprint, but also on the run. And that’s enough for me. “

But what the hell happened in that Paris-Roubaix so special, so much so that it made it unique and different from the others, and not just because of Colbrelli’s victory? Let’s rewind the tape.

In the late afternoon of Sunday 3 October 2021 three men, even if it would be better to say three clay golems, cross the threshold of the Roubaix Velodrome riding their bicycles. It is hard to recognize who they are. The faces, as well as the bodies are completely covered with mud which, goodness of him has miraculously spared the numbers of dorsal that were pinned a few hours before at the departure from Compiègne. A rite, that of punching, which serves to dissolve the tension, as well as that of dressing and the last inspection of the vehicle (Colbrelli describes it well).

The three horsemen next to the feat are Mathieu Van der PoelDutch giant who still has a poisoned tooth for second place in the Tour of Flanders, Florian Vermeerscha young Belgian who dreams of something unforgettable to tell his grandchildren one day, e Sonny Colbrelliwho is experiencing perhaps his best season since racing: wearing the national and European champion jersey the same year is not something every day.

When there are a few kilometers to go, those glued to the TV do not believe their eyes: there is an Italian all alone on the run. It is not Colbrelli, but Gianni Moscon which seems to be on its way to close alone, a privilege that belongs only to adults. At less than 30 km, however, the story has very different plans and decides to take a break that will prove fatal for poor Moscon. Accomplice one drilling he is forced to stop and change bikes. He starts again and starts pumping like a madman. The pedaling is less convinced and powerful, but the rider of the Ineos he tries the same. Unfortunately for him, fate puts a spanner in the works for the second time in a few minutes. Moscon finds himself on the ground, it is not known whether due to inexperience or the fault of over-inflated tires. His race slips away on the hard stones of the North: he fell, like a dead body, he falls, Dante would have said.

Meanwhile, the trio arrives relentlessly from behind, the group can no longer manage to go and get it back. It’s a three-way question. Van der Poel he is convinced of his business, perhaps too much. Vermeersch has the unconsciousness of young people, but if he had been better informed he would know the nickname of Colbrelli is Cobra. Not at all. In fact, the Bahrain racer Victorious knows when it’s time to inflate his lungs and stretch his muscles to pounce on his prey, so at the last corner he launches the lethal lunge, the one that leaves no way out. The 118th edition of the Paris-Roubaix is ​​from Sonny Colbrelli from Desenzano del Garda.

The rest is no longer even history, but already epic. Colbrelli throwing himself on the grass of the Velodrome, temple of cycling, the liberating cry of one who almost does not believe in what he has done or believes in it and does not yet realize it or is in full awareness of ecstasy. Colbrelli grabbing his bicycle e lifts it to the sky as a sign of thanks and triumph. Colbrelli who goes up to the podium and holds the stone to his chest that is delivered to the winners. Colbrelli master of the world.

«Brake, get off the bike and pull it up. And I show it. If I won, she won too. We won together. I and she. I drop the bike on the lawn and then I drop too, first beating my fists on the grass, then rolling from side to side, screaming and crying, exhausted but alive, exhausted but happy. Because happiness is having given everything, more than everything, beyond everything », he writes Colbrelli in the sentence also reported on the back cover.

The tape was rewound. We are in the present. Life is somewhat bizarre and often cruel. Six months after that success, Sonny Colbrelli is experiencing a dramatic situation. During the last sprint to the Tour of Catalonia, his heart stopped. To revive him it was necessary to use the defibrillator. We do not know if his future will still be riding a bicycle, we all sportsmen hope so and wish him so. There is only one thing we can tell him and it is a 257.7 km long thank you for what he gave us.

Sunday 17th April Paris-Roubaix will be raced, returned to its traditional place in the calendar, but Colbrelli will not be there. Let’s imagine that it will be hard for him to follow her from home, in front of the TV like any fan, and if he decides not to watch her we would understand all the reasons for him.

A final clarification that the two authors and the publisher felt obliged to give to readers: “This book was written between November 2021 and January 2022, with the intention of bringing to the bookstore, on the occasion of the Paris -Roubaix, one of the strongest and most emblematic testimonies of Italian cycling. Today, after the recent dramatic events that hit Sonny Colbrelli, at a time when a new chapter still to be written for the man, even before the athlete, is reiterated, stronger than ever ” . Come on Sonny we are all with you! After all, as you write: “The bike is freedom” and we are ready to play it all knowing that you will not give up that freedom so easily.