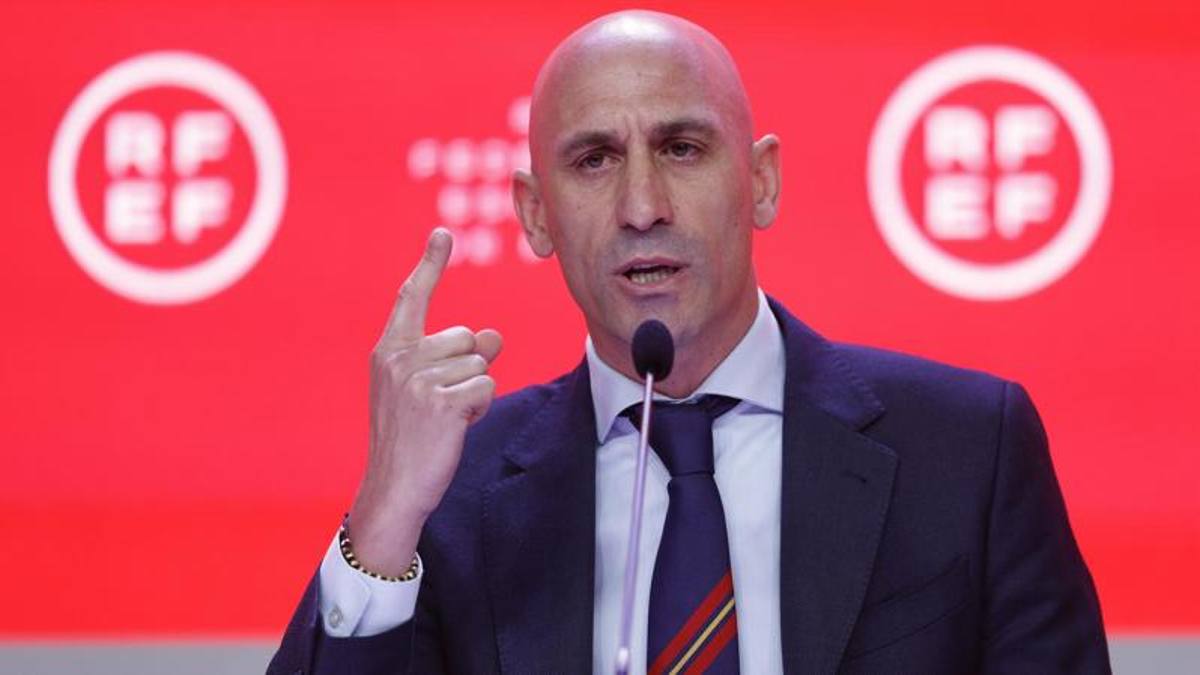 The president of the Spanish football federation after the theft of the mobile phone from which the chats with Pique were extrapolated: “It’s a mafia and delinquent design, I know who is behind it but the lawyer advised me not to mention names”

From our correspondent Filippo Maria Ricci

Two and a half hours of press conference. Luis Rubiales, president of the Spanish football federation, accompanied by the Secretary General Andreu Camps gave all the explanations he deemed necessary relating to the “Supercopa Gate”, the affair linked to the assignment to Saudi Arabia of the Spanish Super Cup for 6 years, now 10 , thanks to the work of a peculiar intermediary, Gerard Piqué, thanks to his company Kosmos Holdings. The federation collects 40 million a year, Kosmos 4. Last week Rubiales’ phone was hacked and a large number of documents were stolen from there, which were then passed on to the digital newspaper El Confidencialwhich on Monday started publishing audio files, contracts, emails.

“I can’t rule out that sooner or later someone will put a lot of cocaine in my trunk,” Rubiales repeated several times. “I’m not saying I’ll be found in a ditch with a bullet in the back of the head, but yes I’m afraid. For me, for my family, for my friends. When I decided to run for the federal presidency I knew I would take risks, that I would make powerful enemies who would do anything to hinder me, that I had to be brave. But I never thought that a mafia like this could steal private content from my phone, photos with my daughters, conversations with my friends . It is a mafia and delinquent design and the cocaine sack theme is not an exaggeration. But I am a fighter: when I was one month old my sister, older than me, fell on top of me and broke my legs. brought to the hospital, I had 6-7 fractures in each limb and the doctor was explicit: ‘Your son will be able to do whatever he wants in life, unless the footballer’. That’s why I say I’m a fighter. ” Rubiales has said over and over that he knows who is behind what he has repeatedly called the “mafia”, but that the lawyer advised him not to mention names. “We all know who benefits from all this. You know it, I know it, let’s see if the police can find out too.”

Cocaine, mafia, multiple fractures and blows to the back of the head aside, Rubiales defended himself with passion and arguments. “In any negotiation there is an agent who takes a commission, ask the football teams. In this case it is Kosmos, which has no economic relationship with the Federation. It is the Arabs who pay Kosmos, not us. Without Kosmos we would not have reached Saudi Arabia, and therefore the signing of a fabulous contract, which brings enormous benefits to grassroots football. They paid us 40 million even when we played the competition in Andalusia for the pandemic, and it was a time of enormous pressure economic for Spanish football. Serie A took 7 million from Saudi Arabia for one match. We 40 for three. I don’t know how they distributed the 7 million collected for their Super Cup in Italy, but our 40 million have brought enormous benefits grassroots football, just as it is undeniable that there have been social improvements for Arab women thanks to our agreement.

“And it’s not true that the Federation’s Ethics Commission disapproved of the deal as they said on Confidencial, it’s false. This document, which we pass on to you, says exactly the opposite. We have passed three control filters, including that of the ethics commission. That yes, it’s true, three months after the signing of the contract with Saudi Arabia she resigned en bloc, but for other reasons, not related to the Super Cup ”. The big topic of the discussion that has flared up in Spain these days is linked to the different cachet assigned to the participating teams, with a penalty for the federation of 5 million (per team) if Real Madrid and Barcelona do not participate.

Yesterday, Cholo Simeone pointed out that it is clear that the federation, which controls the referees, is interested in the participation of the two greats. And in this championship to get to second place, which he sends to Arabia, there is a close fight between Barça, Sevilla, Atletico and Betis. To make matters worse, Rubiales’ fixed-variable contract, which earns more if the federation collects more. And if Barça finishes second and goes to the Super Cup for the federation, there are 5 million euros more. “The president of La Liga earns a fixed 3 million. I have chosen to weigh much less on the federal coffers, and to link part of my salaries to the success of my mandate – said Rubiales -. It seems to me honest and correct, but I see which is interpreted in another way, maybe we will have to change the form of my contract “.

The Camps secretary explained that in the field of tournament participation prize, La Liga teams are divided into 5 categories, and that it is the Arabs who decide the odds and prizes to the clubs. “But this division is identical to the one that in Spain is established by law for the division of TV rights, neither we nor the Arabs decided it. It is the same as in La Liga and is determined by Spanish legislation. The vast majority of clubs to go to the Super Cup it takes double what is normally paid for a friendly abroad, and in some cases 5 times as much. In fact, only one club complained, out of 20 “. And Rubiales: “This is also the case in the Champions League. If Real Madrid or Barcelona or another Spanish club win the competition, the proceeds are very different, because they are determined by specific values ​​linked to image, users and traffic, which we certainly do not decide. . The Super Cup complies with national and international laws “.

Who did not make a great impression was Gerard Piqué, especially in homeland matters. In 2018, after months of controversy related to his real or alleged embrace of the Catalan independence cause, Piqué left La Roja. However, when Spain qualified for the Olympics, they started bombarding Rubiales messages (audio that became public thanks to Confidencial) asking him to convince the Under-21 coach Luis de la Fuente to take him to Tokyo as one of the 3 overpriced, fearing that the great rival and former team-mate Sergio Ramos could steal his place. Eventually the Games were postponed and neither Ramos nor Piqué went to Tokyo, but today Rubiales had a hard time trying to reduce Piqué’s pressure to “nonsense”.

The president also dealt with the delicate case of Andorra, again on the subject of conflict of interest. The Principality club, bought by Piqué, who in 2020 moved from fifth to third series taking the place vacated by Reus, with complaints about an alleged favor received by the federation: “Nothing irregular – said Rubiales -. There was a call and only Andorra presented the necessary payment and had the requisites to make the leap. Doubts about the future in the event of arbitration disputes for or against Andorra? None: we have the best referees in the world, 5 international among women and 10 among men, more than all. Maximum integrity “.