The Amazon Echo is one of those products that really kickstarted an entire category. the best smart speakers come a long way now, many using the same Alexa voice platform. Amazon was not the first to bring a voice assistant to the world, in fact behind Apple, Google, and Microsoft. Alexa debuted in late 2014 on the original Amazon Echo. The moment of Genesis. The rest is history. The competition is fierce but the Amazon Echo not only continues to exist but improves with each iteration. We are now on the 4th generation of the Amazon Echo and it is very different from the first. The iconic cylinder is no more, Alexa as a platform has grown with each passing year, and in many homes it is now part of the family. My kids don’t really know the Amazon Echo, they just know how to talk to Alexa and ask for the Encanto soundtrack.

This ease of use is part of what has always made the Amazon Echo such a great device. Even if you’ve never owned one, you probably know who — or rather, what — Alexa is. It’s one of those technologies that has transcended its hardware and found its way around the world. Now the Amazon Echo is just one piece of the puzzle, Alexa is everywhere. On your speaker, on your wrist, on your TV or in your car. But it all started on the Echo.

We are now in 2022, almost eight years after the launch of the Amazon Echo. Google has top-notch alternatives, Apple has its own, and third parties such as Sonos are on board with voice assistants. Is there still a place for the Amazon Echo or has it been usurped by a younger, funkier alternative?

The latest generation of the original smart speaker continues to set the bar with pleasing design, great sound, and the breadth of possibilities in the Alexa ecosystem.

Navigate through this review:

Amazon has fairly broad global support for Amazon Echo and Alexa, selling through its own store. Even those who use “international versions” have different services available if not full support.

The Amazon Echo (4th Gen) is, unsurprisingly, available primarily through Amazon with a regular retail price of $100. There are also three colors to choose from, with white, blue and charcoal all available. You can also find them at third-party retailers, such as Best Buy in the US, for the same price.

The real magic of buying an Amazon Echo is grabbing one at one of the regular discount events. The big ones are Prime Day and Black Friday each year, but there will also be sporadic sales throughout the year and Amazon isn’t shy about offering big price cuts to them.

Design and features: the center of your smart home

The latest generation of Amazon Echo moves away from the cylindrical design for the first time. Instead, you now get a sphere, and given the size, I liken it to holding a crystal ball when you take it out of the box. The base is naturally flat, but otherwise it’s a perfect Echo ball. The controls are always on top, the power connector is always on the back. But the ring light now spins around the bottom with the same iconic blue tint when you trigger it with the magic word.

The move to a sphere means it’s much wider than any of its predecessors. But I also think this design looks best at home. It’s subjective, of course, but having owned previous generations up to the original, the most recent is definitely my favorite in appearance. I have the blue for a change from years past, and that’s fine. But I wish it was one of the others. It’s not a bad color, but it’s not the greatest shade of blue ever, and it clashes with the aesthetic of every one of my pieces. My advice would be to go for white, but maybe blue matches your aesthetic.

The design is meant to get out of the way and it does. If you need to touch it, you can, but 99% of the time you’ll be using your voice. The power cable plugs into the back so you have a neat cable management option, right next to the 3.5mm jack. The Amazon Echo can be wired into your existing music system to add intelligence and extra audio power.

Better than that is the ability to create a stereo pair in the Alexa app. If you also own a Fire TV, that makes for an affordable, easy-to-use home theater setup you’ll never have to get up from the couch to control. It is an ecosystem game similar to the Apple TV and the HomePod Mini, and you can’t deny how awesome it is. The final way to get sound from the Echo is via Bluetooth. It’s more like Amazon couldn’t really leave it out, but it’s nicer to have it and not use it than the other way around.

Inside the Amazon Echo you’ll also find a Zigbee smart home hub. The most common way to use an Echo with your smart home is through Alexa. But Alexa requires a data connection, not a local Zigbee hub. Zigbee also uses a different connection with a much lower data speed, so the devices are both energy efficient and don’t add network noise to your home Wi-Fi.

I don’t have any Zigbee-enabled device to use with Amazon Echo, but some popular brands support this technology. Philips Hue is probably the best known, along with SmartThings, Ring and even some smart door locks. You may never touch it, but then again, it’s good that it’s there for those who want it. This makes Amazon Echo a real smart home hub.

For everything else, there’s Alexa. You can mute the microphone whenever you don’t want the Echo to listen, but other times you just say its name, and away you go. This review is not long enough to talk about all the services and skills you can use with Amazon Echo. Just know it’s a lot. All the major smart home devices, most of the lesser known ones, your Xbox, your Fitbit, there’s a ridiculous range of devices that can connect to Alexa.

That means the Amazon Echo can be whatever you make it. You can simply use it to listen to music and podcasts. Or you can use it to control and automate your entire home. That extends to home security too, although Alexa Guard probably isn’t the first reason you’d buy an Echo. Neither are the motion-sensing capabilities, but that sends a clear message as to why smart home enthusiasts should turn to Amazon.

For those looking for the best audio quality, the Echo Studio exists. For those who just want something that sounds Well, the Amazon Echo is generally excellent. It starts with what Amazon has crammed into this ball of pleasure. There’s a 3-inch (76mm) woofer paired with two 0.8-inch (20mm) tweeters, so you get a ton of bass. I’m not the biggest fan of the overpowering bass, but in general the Echo’s output is pleasing.

On the stock settings, you get a warm tone but you can lose some clarity and volume in vocals. The sound doesn’t suffer from distortion at higher volumes and it’s a good room filler. The Amazon Echo sounds like a much bigger speaker than it actually is.

You have some basic controls for adjusting audio, but they’re pretty buried in the settings. Amazon could certainly do a better job of putting audio controls for your devices at your fingertips. When you find them, however, you have sliders for bass, mid, and treble. Equalizer presets would be nice, but at least you can customize them manually.

The Amazon Echo’s sound is good, though, especially for something that only costs $100 and has all the smart features included. the Google NestAudio might sound a bit better for music, but the Echo will surprise you with its quality.

Should you buy an Amazon Echo (4th Gen)?

The $64,000 question; should you buy an Amazon Echo in 2022? The answer is a resounding yes. For most people, the Amazon Echo is the perfect addition to their home. If you’re a music fan, it’s worth spending more than the Echo Dot on adding everything. The new design is the best yet and while the blue is probably the worst, it’s not a disaster.

Perhaps the only thing really missing from the latest Amazon Echo is the LED clock found on the Echo Dot. It would be a nice little addition, even if it were an optional model that would cost a bit more. But overall, it’s really hard to fault this thing.

Amazon’s eight years of making smart speakers shines through. When the Echo debuted and Alexa was new, it was exciting and a device to get excited about. To some extent it’s worn down. It’s the best at what it does, absolutely anyone can use one, it’s cheap and you can’t really, really find anything significant wrong with it. Honestly, the Amazon Echo is so good you could also say it’s actually a bit boring. But is there anything wrong with that?

The Amazon Echo is the best all-around smart speaker for most people with a beautiful design, great sound, and the immense power of the Alexa ecosystem at its disposal. Why do some tech moguls dislike Web3, the brand new Web? 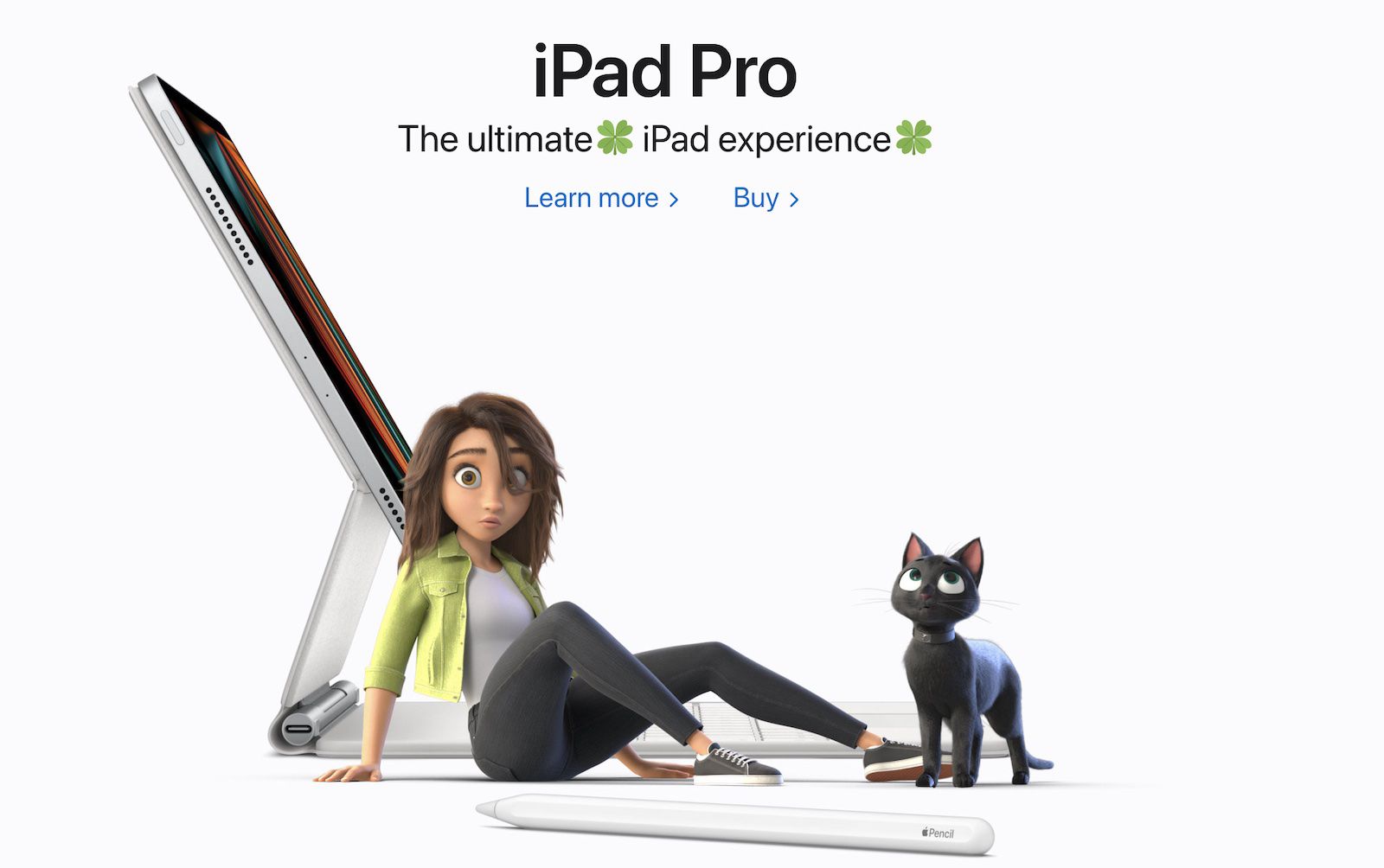 His lungs mysteriously closed. How might this have occurred?