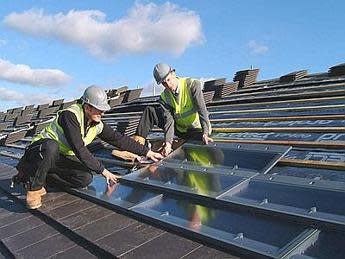 (Adnkronos) – Renovating your home has never been so convenient. This is thanks to the so-called Superbonus 110%, which makes it possible to carry out energy efficiency and anti-seismic adaptation interventions at practically no cost. These works can also be carried out in condominiums, with majorities entirely in favor of those who have an interest in them. But how does the charge of expenses in the Superbonus 110% work ?.

The law, recalls laleggepertutti.it, has provided for a very particular mechanism with which, notwithstanding the normal provisions, condominiums in favor of the works can take on the shares that would be due to others. This procedure allows not only to expel dissenters who, with their opposition, could hinder the completion of the work, but also to make access to tax benefits easier. If the topic interests you, continue reading: we will see together how the charge of expenses in the Superbonus 110% works.

The Superbonus 110% is an incentive measure that aims to make homes more efficient and safer thanks to interventions that can also be carried out at no cost.

To be precise, the Superbonus is divided into two types of interventions: – the Super Ecobonus facilitates energy efficiency work, such as insulation (the so-called coat), the replacement of the boiler, the installation of solar panels and columns electric for cars, etc .; – the Super Sismabonus encourages anti-seismic upgrading works.

Superbonus 110%: how does the incentive work?

The incentive consists of a 110% deduction that is applied to the expenses incurred to carry out the energy efficiency or seismic adaptation works required by law. This means that, in the years following the work (five or four, depending on the year in which they began), it will be possible to deduct the amount spent, even reaching a profit, given that the aforementioned deduction is 110%.

The beneficiary can also decide to exercise the option of the discount on the invoice: the company or companies that carried out the work apply a discount of up to 100% of the invoice value, thus allowing the work to be carried out without any monetary outlay.

In this way, the company will receive a tax credit equal to 110% of the amount of the discount applied, to be used again in annual installments.

Alternatively, the taxpayer can always bear the cost of the work directly and then decide whether to use the deduction as compensation to pay less taxes or to transfer the tax credit to third parties (banks and companies included).

Assembly: what majority to approve the Superbonus?

According to the law, the resolutions concerning the interventions that benefit from the Superbonus 110% are valid if approved with a number of votes that represents the majority of those present and at least one third of the value of the building.

For example, if you want to coat the condominium, it will be sufficient to obtain the consent of the majority of those present at the meeting who own at least 333 thousandths.

These are therefore very small majorities, designed by the law to facilitate the approval of the works that fall within the Superbonus.

The law allows condominiums in favor of works falling within the Superbonus 110% to take on the share that condominiums against it should also pay.

Let’s deepen the question and see how the assumption of costs for the works that benefit from the Superbonus works.

Superbonus expenses: how does it work?

As anticipated, the possibility is given that the condominium or condominiums who intend to take advantage of the deduction can bear the entire expense in order to benefit from 110%.

To do this, an ad hoc resolution is required with which those in favor of the intervention decide to bear the costs and benefit from the 110% Superbonus, if one or more owners of the buildings in the building do not agree to the execution of the works.

This resolution must be taken with the same majorities envisaged for the approval of the works, ie the majority of those present representing at least one third of the thousandths.

To be even more precise, the law states that the resolutions of the assembly concerning the attribution to one or more condominiums of the entire expense referred to the deliberated intervention are valid if approved with a number of votes that represents the majority of those present. and at least 1/3 of the value of the building, provided that the condominiums to whom the expenses are charged express a favorable opinion.

It is reasonable to believe that those who bear the expense have already consented at the meeting that approved the work; indeed, it is logical to assume that the proposal comes from them.

The charge of expenses has a double effect: – to charge the works only to favorable condominiums, who however will be the only ones to benefit from the Superbonus; – in case of incorrect use of the Superbonus (for example, due to urban planning irregularities, etc.), only the condominiums who have benefited from it will be responsible. Anyone who has not approved the works and has not participated in their execution is therefore excluded from any risk.

Superbonus expenses: what is it for?

What is the use of the costs of the works included in the Superbonus? The main purpose of the procedure is to exclude opposing condominiums who could hinder the work, for example by challenging the resolutions as a pretext. But not only.

The assumption of the expenses of the Superbonus allows to exclude those who would like to choose the individual deduction. And in fact, the assignment of the credit or the discount on the invoice, if carried out for the entire amount of the common expenditure of the Superbonus, allow a much easier management by the company carrying out the work or by the banks that provide the loan.

But not only. The assumption also serves to resolve the issues arising from the disagreement on the choice of tax advantage. And in fact, the right to adhere to a tax benefit rather than another (direct deduction, discount on the invoice, assignment of credit) is individual and not cumulative as a condominium; this right, however, should take into account the ability of a company to commit or not.

It is not unreasonable to think that a company, which is already tangled up in bureaucratic difficulties, would prefer not to take on the additional complexities given by the management of diversified tax benefits condominium by condominium.

In short: the assumption of the expenses of the Superbonus allows you to concentrate the entire practice in the hands of a few people, who can manage the tax concessions provided for by law in a unified manner, for example by opting jointly for the assignment of credit in favor of a bank or the construction company.

Superbonus charges: can it be imposed?

The law does not provide for the possibility of obliging condominiums to take on the share of others. This means that the dissenting owners, if there is no spontaneous assumption by those in favor, will not be able to demand the assumption of their shares from them.

The result is that the condominiums, even if they were not in favor, are required to contribute to the expenses related to the common parts, exactly as they would do for any other work regularly approved by the council.