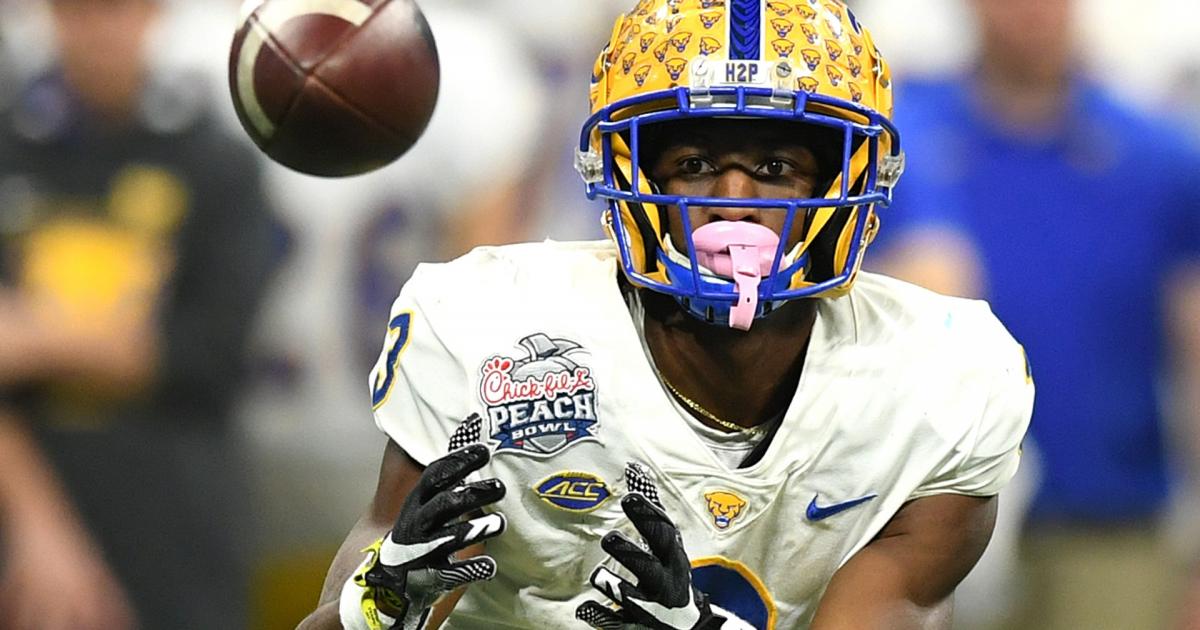 This is truly the end of college athletics as we know it.

But that doesn’t mean what many believe it means.

The panic that shrouded college athletics over the past week began with a prediction from a sitting athletic director that the Division I breakup was “inevitable,” escalated when a representative from a third-team All-ACC guard tried to press the youngster. NIL deal and crescendo when it was revealed that an All-American receiver could choose to transfer because of the possibility of accepting a multi-million dollar offer.

I don’t want to be hysterical and call it hysteria, but the overreaction to what has developed in college sports as a result of name/image/likeness rights that athletes are now free to monetize and claim. Immediate eligibility for transfers was stunning to watch. Red lights started flashing and mechanical arms lowered to block the road. Who didn’t understand that a train was coming?

CBS college football analyst Aaron Taylor posted a video on Twitter stating, “What’s going on right now, behind the scenes in the NIL world, is despicable.” It’s a strong term to use, suggesting that someone or something is harmed by these developments, but I’m having trouble understanding who or what.

Radio and podcast host Jake Crain said in his video message: “We should have a cap on NIL in general. But imposing specific rules or caps on NIL transactions after a transfer would calm this so-called black market. It looks good, but it’s as realistic as shooting a video and posting it on social media saying, “Give me all the NIL money.” It’ll fix everything.

College athletics has changed over the past year. There is no doubt about it, but the calamity that so many are warning about is based on adherence to the past rather than clarity about the future. Much of what we hear about the new world is rooted in long-held assumptions about public preference for amateur sports, but I covered my 32nd Final Four this month and saw no difference in how the games were contested or enjoyed. I didn’t see players with money falling out of their socks – and I had a good seat – but rather fabulous matches in front of an audience of around 70,000.

1. The NCAA cannot solve this problem. One can accurately condemn the NCAA for its failures to recognize the impending NIL revolution. He had the opportunity in 2014 to discuss a settlement with the class in the O’Bannon case that would have laid out a sort of roadmap for how to integrate the concept into the workings of college athletics and to build a set of rules around it. The NCAA declined to take the meeting, went to court and lost. And here we are.

The NCAA commissioned a task force to review NIL in 2019, chaired by Big East Commissioner Val Ackerman and Ohio State Athletic Director Gene Smith, and they produced a generally reasonable set of recommendations. By then, however, too many states were already poised to pass their own NIL laws, and last summer’s Alston decision, which the NCAA lost by a 9-0 margin in the Supreme Court, rendered the NCAA powerless to act on Name/Image/Likeness.

There’s a move by some administrators — college sports advocacy group Lead1 says 90% of FBS athletic directors fear NIL is being used as a recruiting inducement — to investigate and possibly punish schools whose affiliated collectives were too active in recruiting. But one of two things will happen: these investigations will show that the members of the collective stayed on the right side of the fuzzy line, or any punishment administered will be destroyed in court.

The only body that can change what is in place is the United States Congress. It is not impossible, but such laws are far from being adopted. And there’s no guarantee that such a law would alleviate concerns that have grown among fans and those inside the game.

2. “Professionalization” is not coming soon. It probably won’t be the choice of colleges to pay their athletes directly, not if one group eventually succeeds in organizing a bargaining unit and brokering a deal.

As long as it takes for that to happen — and it won’t be easy due to the transient nature of varsity athletes — colleges are unlikely to rush into such an arrangement. Because paying the athletes of the big lucrative sports of football and men’s basketball means also having to pay those of other sports, and that means adding a huge expense that does not currently exist.

Under this arrangement, they stand aside and allow payments to come from people and organizations close to the schools, which means less hassle in terms of equity. The boosters that are part of the NIL collectives decide which athletes or college recruits will be paid and how much. This can be complicated and sometimes unstable, but imagine how much more difficult it will be if institutions are required to make these choices.

3. The competitive balance is not threatened. To accept that something is in peril, one must first believe that this thing exists. The unicorn is not in danger. It is a fantasy, an object conjured up a millennium ago and kept alive only by art and legend.

Competitive equilibrium in what? In football competition? The College Football Playoff has been around since 2014, with a four-team format competing for the invitational title. During that time, 65% of those tournament spots were presented to the same four programs: Alabama, Clemson, Ohio State, Oklahoma.

What kind of balance is that? Surely it is possible that the NIL world will include a fix for this. It cannot make the competition less equal. Much of the recent fuss involves the possibility that USC could pick up new talent, including Pitt wide receiver Jordan Addison. If that happens and the athletes succeed at a high level, it would immediately make college football more competitive than it has been.

If the argument is that schools outside of the elite leagues won’t be able to compete with the powerhouses, that’s assuming they never will.

In men’s basketball, the Miami Hurricanes will get a new point guard after the transfer from Kansas State, Nigel Pack signed an NIL deal with LifeWallet, a company run by a Canes booster. Miami has reached exactly one Elite Eight in its history, which happened last month.

Before NIL became a possibility, Kentucky or Duke reunited the No. 1 recruiting class 11 times in 12 years. This led to one NCAA title for each, while Villanova and Connecticut each won two and the rest was split among five other schools. It seems that there is no problem of competitive balance.

4. It’s durable. One of the most common criticisms of the current NIL landscape is that it is “unsustainable”. I mean, those are the two hottest words in the English language since “Poker Face”.

How is that not sustainable? Are we to assume that college athletics as a going concern will collapse because athletes are now being paid by outside groups? This is a ridiculous assertion.

If it’s being argued that it’s not sustainable because those who fund NIL collectives will get tired of doing it, well, a lot of those same people haven’t gotten tired of funding coach buyouts yet, don’t is this not ? They are most often the ones who agitate for coaches to be fired and have regularly volunteered to pay those coaches to leave.