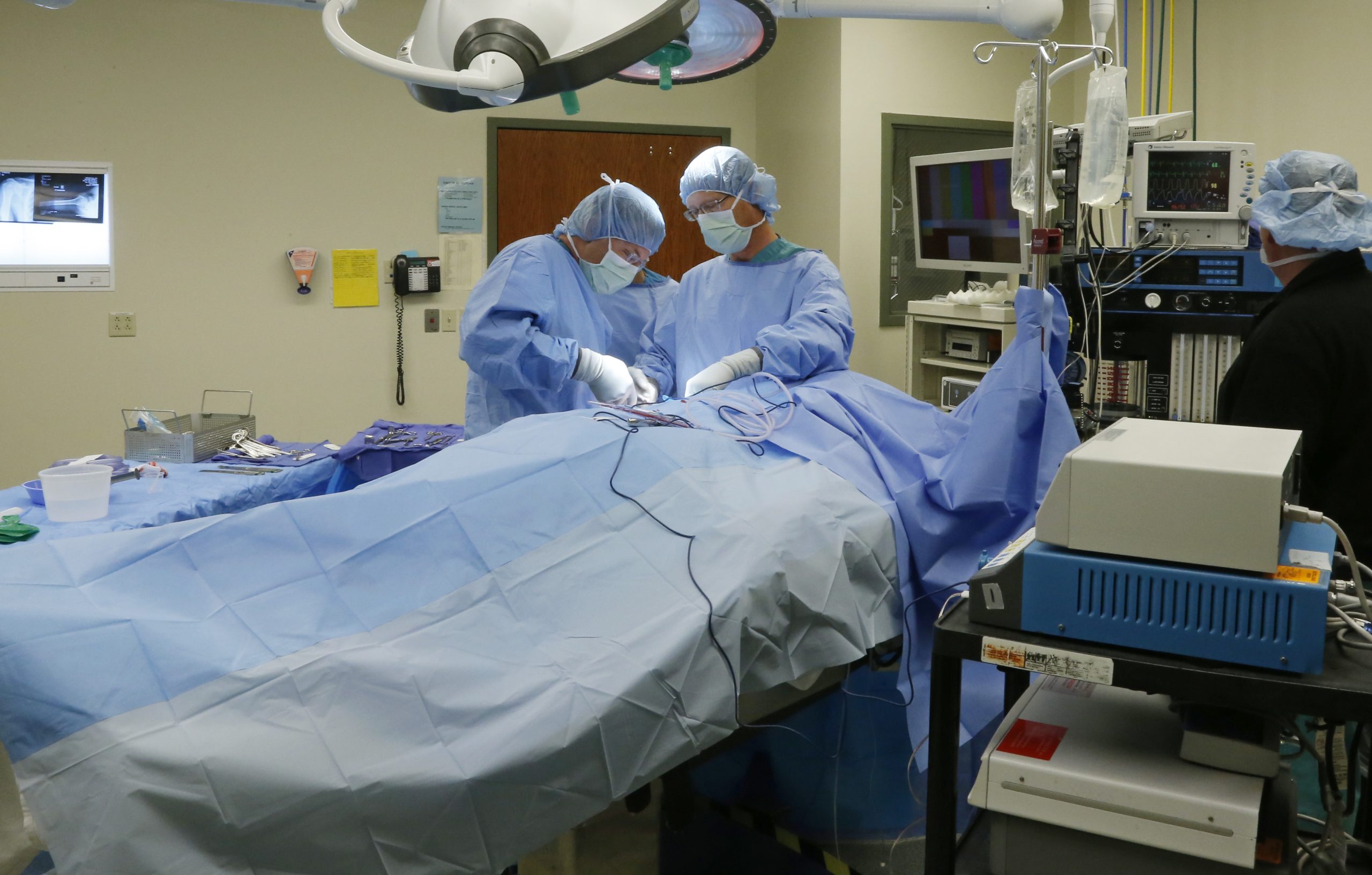 The request seemed innocuous enough. Last week, I asked the American Medical Association if I could attend a meeting of the committee that largely determines the relative compensation of various medical specialties.

The Relative Value Scale (RUC) Update Committee meets three times a year to review changes and additions to the “Relative Value” of more than 10,000 billing codes in the Medicare Physician Fee Schedule. Each year, in a classic example of what economists call agency capture, the Centers for Medicare and Medicaid Services set prices for medical services based almost entirely on recommendations from the RUC, which consistently overweight technical skills. such as surgery and underweight the cognitive skills used in primary care. The RUC’s 32-person list includes one voting member for each of the 27 medical specialties recognized by the AMA.

The findings are one of the biggest barriers to improving health at lower cost in America’s hugely expensive health care system – the shortage of primary care physicians. Orthopedic surgeons and invasive cardiologists earn on average more than $600,000 per year. By comparison, family physicians and pediatricians earn about $250,000, according to the latest Modern Healthcare Survey physician compensation consulting firms (subscription required). The gap between the highest and lowest paid doctors has grown by nearly $75,000 over the past decade – despite the AMA’s insistence it is taking action to correct an imbalance which discourages more young physicians from entering primary care.

The AMA’s public relations officer, someone I’ve known for a long time, said he’d check to see if I could attend. A few hours later, he informed me by e-mail that registrations for the meeting had closed two weeks early and that I had to apply for media accreditation at least a month in advance. Additionally, I should sign a non-disclosure agreement to prevent me or any other reporter from writing about “proprietary information” discussed at the meeting.

Since the votes assigning values ​​to individual services are based on detailed surveys conducted by the various medical specialty societies of their members, virtually everything discussed at the meetings is proprietary. It’s no wonder no reporters attended last week’s meeting, the first to discuss the 2024 doctor’s fee schedule.

Well, what about the recommendations for the 2023 Physician Fee Schedule, the first draft of which will be released by CMS this summer? Could I at least have access to the minutes of the January meeting where these recommendations were made?

No dice. Recommendations from the RUC website will not be published until the proposed rule for 2023 is published this summer, the spokesman said.

Books have been written about how the AMA’s RUC misrepresents Medicare’s fee schedule, which serves as the basis for physician payments made by commercial insurers and their insured patients. These rates range from 10% to 230% higher than Medicare rates, depending on a recent study by the Urban Institute, and reflect the rigged nature of the system. Commercial rates for cognitive specialties such as family medicine and psychiatry are only marginally higher than the rates set by the CMS. In contrast, high-priced specialties like radiology, neurosurgery, and anesthesiology can be more than three times as expensive.

The control of high-priced specialties on physician prices contributes to America having the highest prices for medical care in the world and undermines value-based care. “We should be concerned about the accuracy of payments Medicare makes for…services, both paying too little for some services and overstating the labor associated with others,” wrote Miriam Laugesen, author of “Fixing Medical Prices: How Physicians Are Paid.” progressive Focus groups targeted their distortions. For more than a decade, journalists have written articles, particularly in this magazine.

Even the discreet Government Accountability Office has challenged the paucity of data behind RUC recommendations and the inherent conflicts of interest in letting specialist firms set their own pay scales. “Given the process and data weaknesses associated with RUC recommendations, such reliance on the RUC could result in inaccurate Medicare payment rates,” government auditors concluded in 2015.

Yet all reform efforts have failed. People like to talk about the waning influence of the AMA, especially among young doctors. But few of these young doctors, who often come out of medical school with large debts, understand that the politically influential doctors’ guilds, which have a stranglehold on the process of determining the salary of each specialty, dissuade them from entering. in the more rewarding pathways and in many ways more challenging areas of primary care.

Although preparing to become a surgeon or other expensive specialties requires additional years of training, their day-to-day activities, once in practice, are relatively narrow in scope and can be honed to a high degree of predictability with the aid of treatment algorithms, checklists, and high-tech tools like surgical robots. Frontline physicians, on the other hand, are faced daily with complex patients with symptoms of unknown origin requiring in-depth knowledge of a wide range of specialties to make a correct diagnosis.

In addition to this, primary care physicians are now being asked to coordinate care across these multiple specialties for the growing number of people with multiple chronic conditions, especially among the nation’s elderly. Studies showed that better coordination of care that allows for earlier treatment leads to better outcomes and lower overall costs, especially for people with low to moderate incomes.

“Everyone is complaining that we have a shortage of primary care physicians. We only have 6,000 geriatricians for a country of 65 million seniors. This is nonsense,” said Dr. Robert Berenson of the Urban Institute. ” What is the solution ? Change the payment so people want to become primary care physicians and geriatricians. Yet this is not allowed. You cannot change a fee to achieve a political objective,” under CMS rules, he said.

Berenson knows what he’s talking about. He was an early architect of the relative value-based system when it was adopted in 1989, seen at the time as a remedy to the widely varying prices Medicare was paying for the same service across the country. While the new system equalized prices geographically, the methodology gave extraordinary power to conniving medical specialists to set their own pay scales.

How do they get there? Politically, the RUC operates more like the US Senate than the House of Representatives. Each specialty gets a vote. This means that the nation’s 39,000 doctors who belong to the American Academy of Orthopedic Surgeons have the same voting power as the 97,000 doctors who belong to the American Board of Family Medicine. While specialties considered part of primary care (including family medicine, paediatricians and geriatricians) account for around a third of all practicing doctors, these specialties only hold five of the 32 votes in the RUC.

What would it take to change the system? CMS is woefully understaffed to set salary scales and would likely produce the same conclusions if it relied on the same survey methodology, which allows physicians in each specialty to estimate the time and skills needed to complete their tasks. .

There is almost no point in changing the compensation system on Capitol Hill. “The shiny new object is getting all the attention,” Berenson said. “It’s never included in the discussion of moving to value-based payment, even though the incentives in the fee schedule are what doctors are responding to.”

But one legislative program exists, one that has the potential to rally health care reformers across the political spectrum. Last year’s report on primary care by the National Academies of Sciences, Engineering, and Medicine outlined a comprehensive approach to reinvigorating the United States’ ailing primary care system.

At the federal level, he called for giving primary care doctors a partially fixed payment for each patient, enough to pay for the team care needed to meet their needs. The report, “Implementing High-Quality Primary Care: Rebuilding the Foundation of Health Care,” also called for accurately measuring the level of funding for primary care – currently estimated at around 5% – so that policymakers can set a higher target. high, ideally around twice that amount. Finally, the report suggests that CMS reduce the RUC’s role in setting payment policy by bringing in outside experts to advise Medicare.