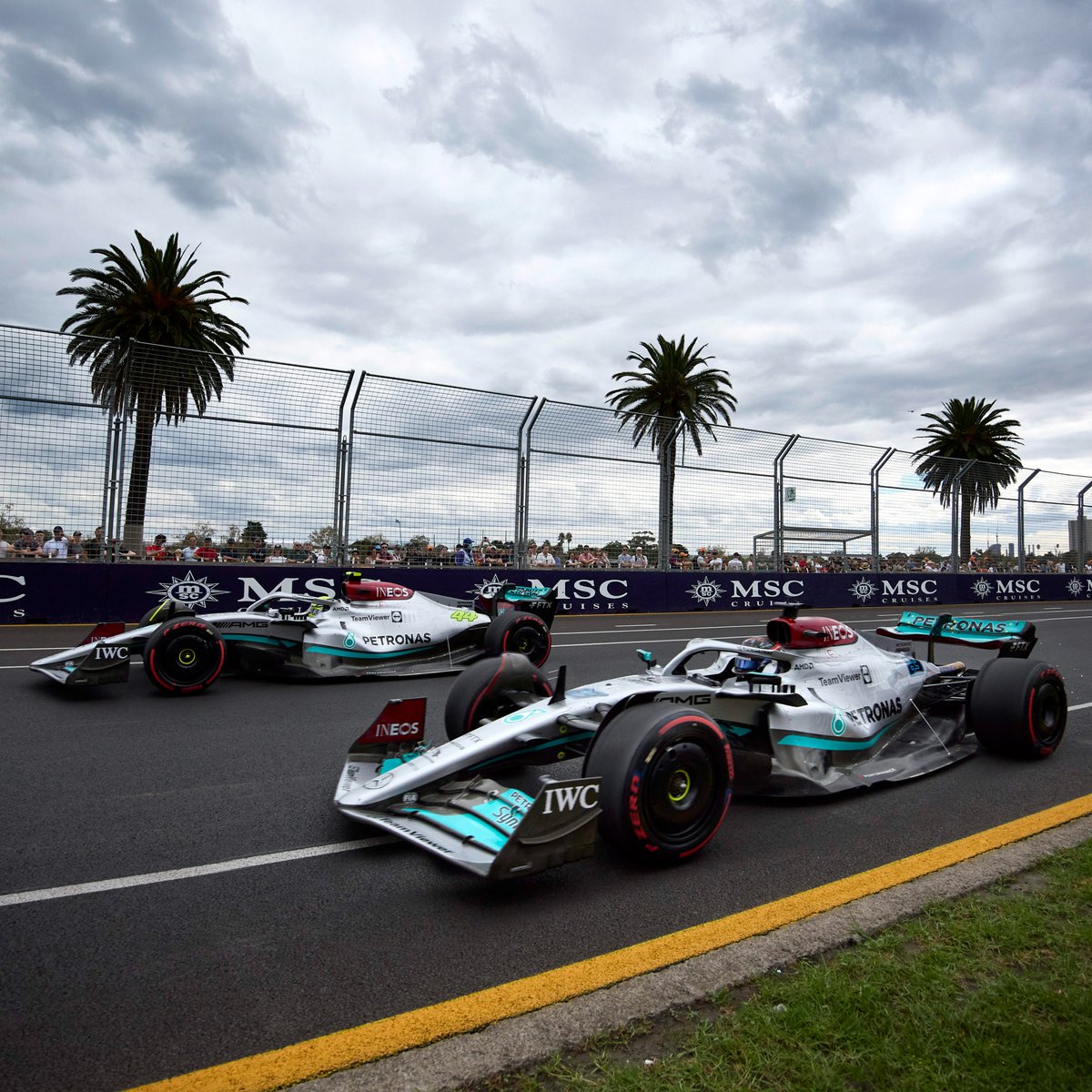 The duel Hamilton – Russell was – and is – one of the great themes of F1 2022 season. The old ruler of the category, from the top of his apparently unattainable records, who wants to continue to mark the territory by removing, or at least containing, the rise of the young lion which should represent the medium-long term future of the Mercedes which must necessarily begin to contemplate the farewell of a pilot who will turn 38 in January.

At present it is impossible to produce a complete comparison between the two. Few races were held, so many variables occurred in the evaluation, not exalting the performance of a single-seater that, in the team’s wishes, had to put the two Englishmen in a position to compete for the internal kingdom and the world title. At the moment the W13 it is far from the summit and whether the tear is mended remains an unknown factor. Even temporal.

Update they are in the works but the presentation times are still shrouded in a fog that does not intend to clear. To Imola some marginal news could arrive that preludes more substantial updates that, logically, could come in Spain on a well-known track on which the Three-pointed Star has practically always dominated, except in 2016 when Hamilton and Rosberg killed each other in a fratricidal duel.

Although the elements available are rather summary, let’s try to draw a first, partial, balance of a dualism that for now is centered on full collaboration and on a relationship of apparent mutual esteem. A kind of sports pax necessary to bring out the stable from a not-so-golden moment. We suffer from concrete facts. George Russell takes second place in the drivers’ championship with 37 points. One score son of a fourth, fifth and third place in the first three races. Achievements that were possible, it is useless to go around it, thanks to defaillance of Red Bull.

Hamilton is lingering. There are 28 points for the seven-time world champion who come from a podium at the start of the world championship, from a tenth place and from a fourth place in the Australian Grand Prix. Nine points are not an abyss and among other things they describe a partial truth because, while also enjoying the difficulties of Perez and Verstappen, it is evident that luck was not too magnanimous with Lewis. At Albert Park the podium was largely in his hands but the timing mocking the Safety Car, he put his teammate back in the game who, in the end, grabbed his first podium in Mercedes.

Qualifications, which are usually less affected by deviant variables, what did they tell? In terms of heads up we are 2-1 in favor of Hamilton. An advantage that does not reverberate on the average time gap. The thing essentially depends on a wrong set-up road taken by the team that revolves around car no. 44 in Jeddah.

Hamilton did not pass the trap of Q1 and here the delta opened in an unrepresentative way. To date, the average gap between the two is 0.11 seconds in Russell’s favor. Which, it must be said, in Bahrain was also the sacrificial victim of a team that had imposed a tire warming methodology which proved to be ineffective.

In the only confrontation without any anomalies, it was Hamilton who prevailed. We are referring clearly to the Australian GP in which the gap, after Q3, was 139 thousandths. The qualifications, which should be more objective, still fail to give meaningful answers. It will take a few more turns to say which of the two is ahead.

In the race there are even more variables. Things, therefore, become more complicated. On the race pace some evaluation can be done. In the Sakhir GP, Hamilton was undoubtedly more concrete with all types of compounds. We are not talking about huge differences, but just enough not to allow Russell to closely undermine the most experienced colleague. Jeddah represents an interesting case. Starting fifteenth, once he got rid of slower cars, Lewis’ pace seemed much more concrete. Even after Russell’s stop, with tires older than sixteen laps, “the 44” showed a similar pace to that of his garage companion.

Hamilton’s comeback was mortified by a “not called” box before the race direction, under the Virtual Safety Car, closed the pit lane. Lewis would have re-entered immediately behind Russell with intact possibilities, considering the compound cooler, to attack and overtake. Clearly, in the general economy of the express pace, it must also be considered that the youngest Briton was in the process of administering the material.

In Australia, the trend was confirmed. Excluding the Safety Cars, it is Hamilton, in a circuit that is a stronghold of him, who has shown the most consistent pace. In fact, he managed to open a gap before pit stop. And, after the unfortunate SC, he easily closed the margin despite Russell – and the on boards confirm this – was pushing to avoid being caught.

Ultimately, trying to identify a trend net of all the “volatile” elements that can occur during a race weekend, we can say that Lewis Hamilton maintains an overall performance advantage that is mainly realized in the race. Sunday is confirmed as the strong point of the Anglo-Caribbean driver who can count on greater experience – which makes the difference in a new regulatory context – and on the wise management of tires, sport in sport which is his real strength. On the other hand, we have an extremely close Russell who has proven to adapt immediately and effectively to the new operating environment.

This is not easy, especially bearing in mind the difficulties facing the W13 which could have fatally displaced a young talent. George, on the other hand, is holding the bar straight and is putting himself in a position to take advantage of every single opportunity that the track offers him. This too is a virtue. The feeling is that the former Williams is growing in race management, which is what was his Achilles heel when he was serving for the Grove team.

At the moment Russell seems to be much more concrete and determined than Valtteri Bottas. Which, in the long run, could represent a problem for Hamilton who was now used to having an overwhelming superiority that was revealed above all in the race because in qualifying the Finn often knew how to stay ahead.

This analysis, of course, has no objective claims since the data on which it was based are extremely random and partial. In any case, it gives confirmation: Hamilton and Russell are quite close in performance and, to date, there is no well-defined number one in sight as, for example, happens in Ferrari rather than in Red Bull..