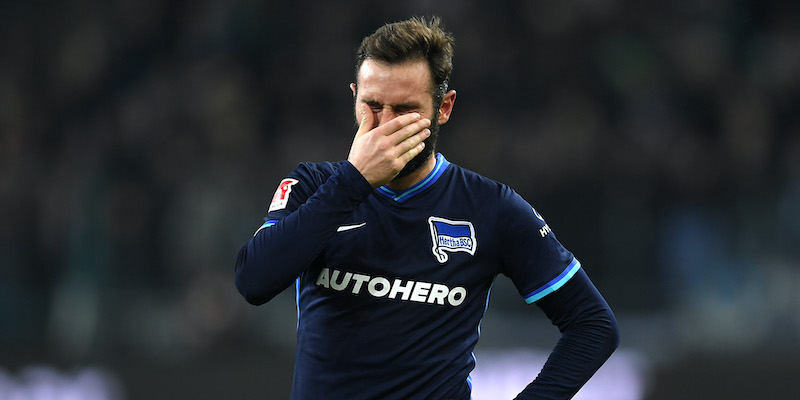 In November 2019 Jürgen Klinsmann, world champion in 1990 and former coach of Germany, was hired as a coach by the management of Hertha Berlin, the historic football team of the German capital, with the aim of reviving it. His role – more as a manager with extensive powers than as a “field” coach – did not last even three months and ended with the publication of a sort of 22-page diary in which Klinsmann himself accused the club of incompetence and of having created over the years a “culture of lies” in which it was impossible to work.

The diary caused much discussion in Germany. Klinsmann he wrote: “The leadership must be kicked out immediately. If this does not happen, all good purchases made in the winter transfer market will become average players, because in football there is a rule: it only works if the environment in which you play also works ». And he continued: «The winter preparation for the second half of the season, organized by the sporting director Michael Preetz, was a catastrophe. The team is now fighting not to be relegated, but is managed as if it were a great international club ».

He described the president as a short-tempered person who did not keep his promises and said that Preetz’s relationship with the team – in office since 2009 – was based on a “culture of lying” that had destroyed mutual trust with the players. The management, for his part, replied by saying that Klinsmann “had deceived everyone” and with his accusations were only trying to justify his early resignation.

Yet, in November, Klinsmann was hired with high ambitions and the full support of the club and its new investors. Over 80 million euros had been spent on the winter market. Krzysztof Piatek from AC Milan, Lucas Tousart from Lyon, Champions League semi-finalist, and Matheus Cunha from another Champions semi-finalist, Leipzig, were bought. The relaunch of the company and the arrival of Klinsmann had also attracted new sponsors of some importance, from Amazon to Tesla, with the latter then in the process of opening its own plant outside the city. Gigafactory Berlin-Brandenburg).

During his time at Hertha, Klinsmann won three out of ten games and lost four, and the team ended up in the relegation zone. In the end he saved himself by finishing the season in tenth place (just five points from relegation). Since then the team has changed three coaches, almost one per season: first the Italian-German Bruno Labbadia, then the Hungarian Pal Dardai, sacked last November and replaced by a coach. ad interimTayfun Korkut, and finally 68-year-old Felix Magath.

Even with the experience of Magath, four days from the end of Hertha seriously risks retreating: is one point from the playout and three from the direct relegation. The team, for which Stevan Jovetic and Kevin Prince Boateng (formerly of Inter and Milan) also play, have the second worst defense in the league and have conceded on average more than two goals per game so far. In addition to suffering a lot, he has great difficulty in scoring: he has the fourth worst attack and struggles to reach the average of one goal per game. If he ends up in the second division, it will be his third relegation in ten years: by far the worst performance of all the major football teams in the major European capitals.

In Germany, Hertha is nicknamed “die alte Dame”, which, like Juventus in Italy, means “the old lady”. The nickname suggests an austere and important past, as it actually was. Founded in 1892, she was one of the founders of the German football federation eight years later and won three national championships before the Second World War. At the end of the war it was dissolved, refounded and sent to play at the Olympiastadion, the stadium in Berlin built by the Nazi regime for the 1936 Summer Olympics.

There, between the western districts of Charlottenburg and Westend, it began to pay off being a team isolated from the rest of the country, based in the western part of Berlin and therefore entered in the West German championship, over two hundred kilometers away. This, in the long run, influenced the popularity of the team, which remained confined to certain places in the city, and its level of competitiveness, which never reached that of the early twentieth century.

In the last season before the pandemic, his stadium’s fill rate was the lowest in the league (66 per cent), accentuated by the dispersive dimensions of the 74,000 seats in the gloomy Olympiastadion.

The best placements in the last two decades remain two fourth places, the last of which dates back to 2009. Twenty years have already passed since the last and still only participation of the team in the Champions League groups. In all this time, much smaller German cities than Berlin, such as Bremen, Stuttgart and Wolfsburg – a hundred thousand inhabitants around the old Volkswagen plant – have all won the Bundesliga at least once.

The interior of the Olympiastadion (Boris Streubel / Getty Images)

Despite this absence from the top of German football, Berlin nevertheless has hundreds of small teams with their following and entrenched identitieswhich represent the many communities that make up a multicultural city of over 3 million inhabitants.

Things, for Hertha and for Berlin, seemed to change with the arrival of the German investor Lars Windhorst, who in 2019 bought 37.5 percent of the club for 125 million euros with the possibility to reach 49.9 per cent over the years (in Germany the majority of the shareholdings in football teams must belong to members or associations of members, with some exceptions). From what he has been on the board of directors, Windhorst has invested heavily in the team, recognizing their great unexpressed potential, as the main club in a city like Berlin, therefore able to carve out a space similar to that of teams from other European capitals.

Finding himself once again at risk of relegation, last March Windhorst did not hide his disappointment, harshly criticizing the management as rarely happens to see, in particular the president Werner Gegenbauer, an influential figure in the world of German finance. Windhorst told the Bild: «Gegenbauer has been president for over ten years and it is clear that he is not doing everything possible to bring the club to success. He seems to be working above all to consolidate his power – which given the rules of the German league is given by the votes of the members in the elections. It is shocking how so much money has been burned in such a short time. “

The club’s difficulties are also accentuated by the parallel successes of Union, the team founded in East Berlin which applies popular ownership to 100 percent of its shares. All its members count in the same way and no one can have more “weight” than the others, as happens in other clubs, including Hertha: in practice it is a self-managed team.

The Union stadium on the eastern outskirts of Berlin, at the antipodes of Olympiastadion, was rebuilt in 2009 by volunteer fans, the same ones who saved the club from probable bankruptcy in 2004 with the reimbursements received for donating blood, such as use in Germany. Despite the difficulties, the more local dimension and the scarcity of resources, Union returned to the Bundesliga in 2019 and have concluded the championship over Hertha for two seasons. This year he is sixth and has almost twenty points more than his fellow citizens, beaten three times out of three this season.