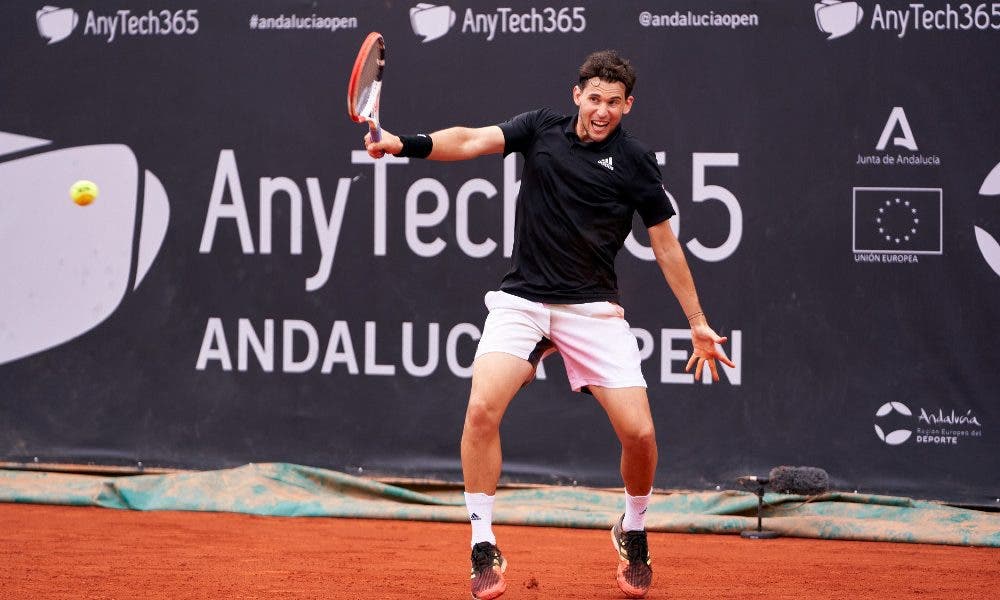 Last Thursday in Barcelona, ​​since we needn’t talk about tennis given the weather, we took the opportunity to do a chat in the elegant club house del Real Club de Tennis de Barcelona with Albert Costasample Roland Garros 2002 who is at home here, for various reasons: Albert, a native of Lleida, grew up tennis in the tennis club that boasts more professionals registered in the top 100; he was the winner of the Godò in 1997; after his professional career he held the role of tournament director until 3 years ago, when he gave way to David Ferrer; and incidentally, in the central field of the Barcelona tournament, one of the best boxes is in his name. In short, just enough to make it clear that he is not a stranger in these parts, which was the home of the Davis Cup for the Spanish team until the 1980s.

Now, having abandoned the role of tournament director of Open Banc Sabadell, Albert devotes himself to the well-known and venerable tennis team tournament; so, since yesterday Davis draws are out and the topic is hot (group B in Valencia will be very hot) we propose this exclusive interview to Albert Costa, tournament director of the Davis Cup, or as it now appears in large letters in the advertising claims “The World Cup of Tennis”. On this occasion we have also taken some ideas of the letter from the director to the ITF, which you can find at this link.

Q: There have been requests from players to be able to finish the season earlier and they have been accepted; the group stage moved to September to determine the 8 surviving teams and the reduction to 5 days of the final stage; can you tell us something about it? Will it be a definitive format?

A: It’s not confirmed yet but it will most likely be six days, starting Tuesday through Sunday. The thing has not yet been closed with the ITF but our intention as organizers of the event is to play from Tuesday to Sunday, at the end of November. As for the future, we are trying to find the best solution; we have estimated that the first years would have been one of adaptation, but I believe that in the next year or two we should arrive at a consolidated format, in order to be able to work calmly and also give certainties to all stakeholders.

Q: In the end for 2022 and 2023 yes will play in Malaga; I was curious to have a few more elements on the selection process, since last year we were talking about Abu Dhabi and then at the beginning of 2022 a neutral seat was assumed.

A: The reality is that we were in the negotiation phase with Abu Dhabi, there was a concrete proposal; but then Malaga came out with a very good proposal and at that point we considered other factors that lay in its favor: the tradition and culture of tennis in Spain are on another level and this was an aspect that in the end made Kosmos lean. to go to Malaga in addition to other considerations: an easier to reach destination for fans, the fact that Europe is the center of tennis in terms of nations and players, the ATP Finals are played indoors in Turin. This latter aspect also makes it much easier to move to Malaga a few days later in similar environmental conditions. In addition, Malaga is a city that is growing a lot and sees Davis as an opportunity to gain visibility and complement its tourist offer.

Q: In 2019 the first edition of Davis with the new format was played at the Caja Magica in Madrid, where the Mutua Madrid Open usually takes place; one of the advantages of the structure is to provide 3 indoor courts that can be used simultaneously; has the idea of ​​playing matches at the same time for the final phase faded? Playing multiple games at the same time could allow you to revert to the 5-game-per-round format, like in the old Davis

A: I know the format of the old Davis well (laughing; Albert played 19 games in his career with a record of 11 wins and 8 losses, ed); however, going back to the 5 games is something that we have discarded. We have not considered the option to play simultaneously, at the moment it is not a hypothesis on the table.

D: But in this way, staying on the best of 3 match format, double counts a lot, much more than before; rides like those of Djokovic or Murray, who a few years ago had loaded the whole team on their shoulders in singles today would no longer be possible.

A: Yes, with the new format having a large number 1 is not enough, you need a balanced team with a good doubles team. But in this way, the format makes the competition more open and potentially there are more teams that can win the competition and makes everything more exciting. For example, Serbia, despite having the dominant Djokovic of recent years, failed to win the cup with the new format.

Q: In summary, the format of the 3 games (two singles and a double), played at the best of the 3 sets is something that will not change, is it correct?

A: Yes, I can confirm that the road we are moving on is this, 3 games in one day

Q: Turning to the calendar topic, what are your expectations of audience attendance, now that a fan has two months to get organized and go and see their team? Last year was very complicated, with the designation of the teams playing the quarter-finals, one week before the matches.

A: In 2021 a person who had gone to see Italy in Turin after a few days, hypothetically, would have had to be in Madrid if he wanted to see the rest of his team’s journey. Now for the enthusiast it is quite another thing; like Kosmos then we want to work with travel agencies to build interesting packages and also working with national federations in this regard. We are aware that the environment and the cheering are one of the distinctive aspects that make Davis special, and we have set ourselves the goal for 2022 to have at least a thousand supporters from each team to cheer their team from the stands. The environment is certainly one of the decisive factors for the success of the event. Which means that we want at least, and I stress at least, 8,000 real fans from different countries for the final eight (if Spain did not reach the quarterfinals; if there were Spain, the numbers would clearly be greater); to which would be added the neutral public that goes to see tennis. The idea is to create an experience, which combines Davis with the possibility of escaping the Mediterranean and enjoying the city.

D: The old format had become unmanageable, for many players Davis was enough to win it once, unlike the Grand Slams which are never enough; how do you think we can get to the goal of enticing the best to always play Davis?

A: When I was playing from 1995 to 2005 I remember that players were already asking for changes to the format at the time. It was impossible to devote 4 weeks to the competition, on different surfaces even with respect to the usual schedule. With the new format the load is different: a player who is part of a team that reaches the final phase must invest three weeks; in terms of surface management and preparation for the event, everything is much simpler: the final phase is played indoors, like the Finals and like the rest of the indoor season. And also being on the distance of the 3 sets also the physical effort is less, which does not hurt given the waste of energy, the competitiveness and the amount of injuries that are now regularly recorded. It is all aimed at making the event attractive to everyone. What you say is true, in the past many thought that having helped to win one was already enough (“ya cumplo”, with this I have already done mine). What we want is to give certainty in the programming and make the players want to go and play every year.

D: One thing: you already told me that the direction is to go towards a 3-set match; however, at least for the final, wouldn’t it give him an extra touch of legend to play on 5 sets?

A: I understand the historical theme, but also the finals of the Master 1000 and the ATP Finals were played over 5 sets and now things have changed. Especially with the rhythms that modern tennis imposes, the players are already at the limit ([a los jugadores] “Ya no les da para màs”). Already like this they are 3 games, for at least 6 hours of competition is enough, both for the attention of the public and not to destroy (“machacar”) the players. I believe that the value of winning a Davis is not measured by the physical toll it takes from the players. The overall quality of the team is what we want to reward, so it is also right that the most balanced teams, with a good number 1, a good second and a good double, are the ones that can win. The theme is to reward the team.

D: From a communicative point of view, the claim that we want to pass from 2019 is that of the Tennis World Cup. It is a topic that has already been widely discussed, but I would like your opinion as a former player;

A: Let’s put it this way: before the format we knew, the home and away one, the formula was like that of the America’s Cup, with a challenger waiting for each challenger to be selected. The changes are in the order of things. I think moving towards a world cup-like format, with groups and a knockout finals is a good thing. We have increased the prize money and it is realistic to expect a commitment from players of 2/3 weeks. It is normal that every change takes time to settle, but in general I think that the idea of ​​going into tennis towards the idea of ​​a world cup is a winning one.

D: One last thing: until 2023 things are fixed, in terms of format and location. But maybe in 2024 it is realistic to think of an agreement with the ATP Cup?

A: We are working on it; having the Davis in late November and the ATP Cup in early January doesn’t make much sense. We must necessarily try to do something jointly between ATP, ITF, Kosmos … in short, the actors involved must talk to each other. We are trying, we will see what comes out