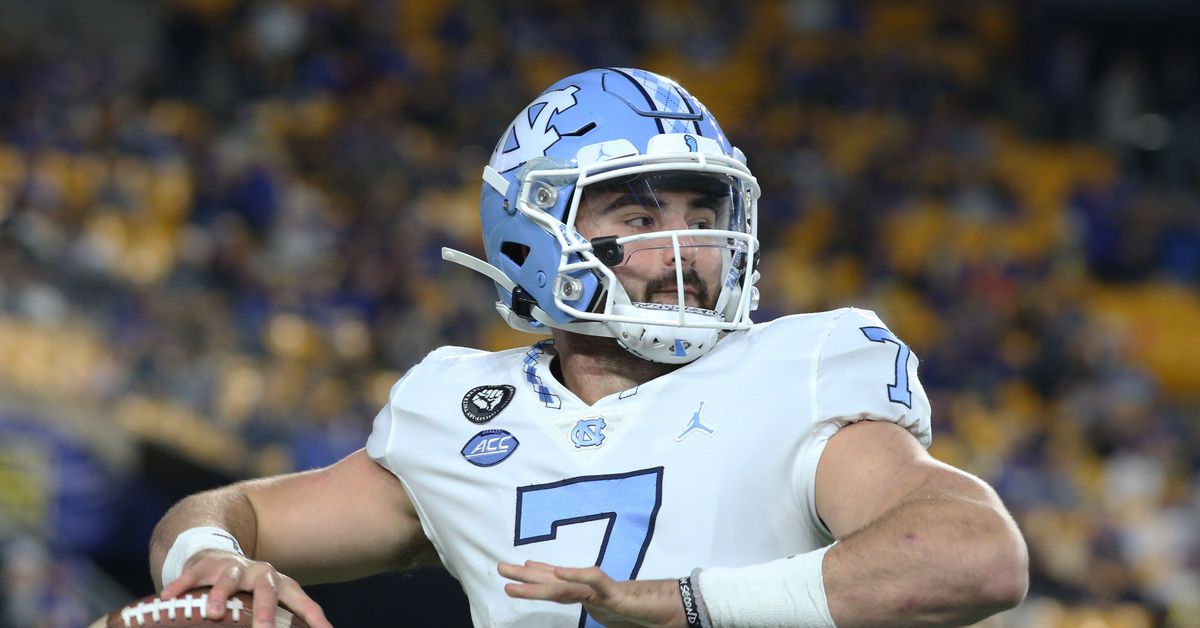 As many of you can imagine, I came away from this draft a bit disappointed. I was hoping for immediate impact starters with our top 100 picks, and right now I don’t see that.

Other than that, I’m still scratching my head at what I perceive to be a pretty big chunk of the top 100.

I’ve mentioned several times that due to our lack of free agent signings, this draft should fill the gap with some value picks. My analysis below indicates whether commanders actually did this.

Washington entered the draft with many needs. They did a good job of meeting some of those needs, but also, in my opinion, they missed a lot of some picks and where they were taken.

Below are Washington’s team needs, how/if they were filled, and my ratings for players in positions in need.

– I really like Dotson as a player, but I was hoping we would get a bigger wide receiver to complement the players we had on this roster. Dotson has the best hand game of any pass catcher in this draft, and he has legitimate speed to get the better of a defense from the slot or off the numbers. It is very likely that we will be talking about him as the best of this talented class in five years.

– I thought Butler was exceptional value in the fourth round. It is a true free security center with exceptional speed. His tackling is pretty good, but he has a tendency to take questionable lines towards the ball carrier, and that will need to be cleaned up. He offers some potential as a Buffalo Nickel and had great special teams ability.

– It’s more obvious than ever that these staff want/trust Cole Holcomb as MIKE. He’s gotten so much stronger since entering the league, and the staff tries to keep his weight down so he doesn’t sacrifice any athleticism. He sits between 234 and 238, and that’s where they would like him to stay. It was obviously a need that the fans considered high, but the staff considered low. That being said, I’ve written many times why I think Cole should be our MIKE, and I’ve been given information over the weekend that this is indeed the plan moving forward.

– Turner is a former wide receiver turned tight end who is long and athletic but still learning to play position. I love his potential as a MOVE TE and red zone threat, but that’s really all he’s likely to be because he lacks physicality as a blocker. This need got a C from me because we passed on better talent earlier in the draft where we reached other positions.

– Even though we lost the two starting guards in free agency, the addition of Andrew Norwell and the presence of Wes Schweitzer already on the roster made it a secondary need. Washington selected Paul in the seventh round, and while that likely puts him at the bottom of the list for a developmental role, he does offer some value and upside.

– From a value and talent standpoint, this was the top pick in the draft for Washington, and is probably one of the best picks of the 32 teams. In 2021, Howell was a favorite to be the first quarterback taken and a top-10 draft pick, but a poor offensive line and limited weapons at receiver caused some difficulty. He was the second most pressured of all quarterbacks in the country last year, and his accuracy struggled because of it. That being said, he made up for the lack of point guards with grit and determination, using his legs to rush for 828 yards and 11 touchdowns. It’s only a matter of time before he tops Taylor Heinicke on the depth chart.

In addition to filling some of the major needs with quality players, Washington has also reached (and reached FAR), with some of its top 100 picks.

– Say what you will, but this was a massive reach to a position that was at best a secondary need. I get that Jack Del Rio likes to use a four man rotation up front but taking a player who most likely could have been there in the third round at number 47 overall was a bad miss by this staff continuing to put high value on non-premium defensive players at the start of the draft. What makes this move worse is that it was made because the staff decided to let two quality backup defensive tackles leave this offseason, creating another hole that didn’t need to exist.

– As much as I love Brian Robinson, I thought we had reached for him again and took him a ride early. Now maybe he was the apple of their eye, and they were scared he was gone when we came on the clock on lap four, but to me there were other prospects on lap four who would have been fine framed and depicted better value if Robinson had indeed left by then. I consider this a panic move on the part of the staff.

Instead of trying to send you rainbows and unicorns, I’ll try to be realistic…

This offseason, outside of the addition of quarterback Carson Wentz, has been a big disappointment for me. As many of you have seen, I have expressed my displeasure with this plan (or lack thereof). I was really hoping that we would have an exceptional draft to allay some of those concerns that I had, but I still have this very empty feeling about this lackluster offseason. Now I will say this – there were many years when I was drunk on Kool-Aid, only to come away at the end of the season extremely disappointed; so maybe a reverse approach will work.

First of all, let me start by saying that the rally in the first round was very good. I went into this draft hoping it would happen, and it went almost perfectly for Washington. I’m just questioning some choices…

One of my biggest desires heading into the draft was to surround Carson Wentz in arms and dramatically improve an offense that ranked fourth in the NFL in points scored over the three recent seasons. Adding another receiver was paramount, and getting one, while trading and adding an extra third and fourth round pick was huge! I really appreciated Dotson’s choice and I think he will be a great complement to Terry.

I had really hoped for a true MOVE TE that can be an offset outside and function as a jumbo wide receiver. We caught a guy with “potential” in Cole Turner, but I thought we had passed some VERY good talent – ​​starting with Trey McBride who was there for the catch when we selected Mathis in the second round.

I understand if the staff didn’t value tight end as much as some in this fanbase, but also passing on a talent like Jaquan Brisker in the second round was mind-numbing. Not only would he have filled that hybrid S/LB role that we lost when we cut Landon Collins, but he was an exceptional character with excellent special teams value.

I was totally okay with taking a running back in this draft, and I thought the fourth round, especially after the first trade with the Saints that got us an ADDITIONAL fourth, was the perfect place to do it. . Brian Robinson was top of my list in round four, so I questioned taking him in what I thought was a full round earlier. If he wasn’t available, I liked guys like Isaiah Spiller, Zamir White and Hassan Haskins, who were all there when we got drafted. It really hurt to see safety Nick Cross make two picks before we picked Robinson in the third round.

Now that I see the inside linebacker’s plan, I’m not going to criticize the decision not to take one in the top 100, but at the time I really questioned the negligence of the staff there. I was still hoping for depth later in the draft, but it looks to me like Ron and Jack are fully intent on going into the season with Holcomb at MIKE and Davis at WILL, with Hudson and Mayo supporting them in this new 4-2- Base 5/5-2-4.

Picking Mathis and looking for a Buffalo Nickel (Darrick Forrest and Percy Butler), tells me the coaching staff will be in two sets of linebackers almost all the time – whether it’s with the defensive front in BEAR, or the back half in nickel. I think we might even see looks with Kam Curl in the box as our backer with McCain and Butler as a deep tandem.

Like I said above, I love Sam Howell’s pick at number 144 in the fifth round. In my humble opinion, he was one of the best value picks in the entire draft. I think Howell comes in and entrenches himself very quickly at QB2, and if Wentz were to falter, he would be the guy the staff look to for the future. It was a SLAM DUNK!

I would still like to see us tackle some of the depth around the corner. I’m not sure seventh-round rookie Christian Holmes makes that list, and I don’t know if we can go into the season with Corn Elder and Danny Johnson as numbers four and five respectively. I’m looking for staff to add a few more guys when cuts happen – either after the draft or after preseason.

I still have to do some homework on a lot of these guys, but two that immediately stand out are Cole Kelley – the huge Louisiana quarterback (who has a bit of Josh Allen in him) and Notre Dame linebacker Drew White who ran a 4.67 40 and had 22 reps at 225 pounds on his Pro Day.

I hope some of these guys can join the team and become contributors in the future.