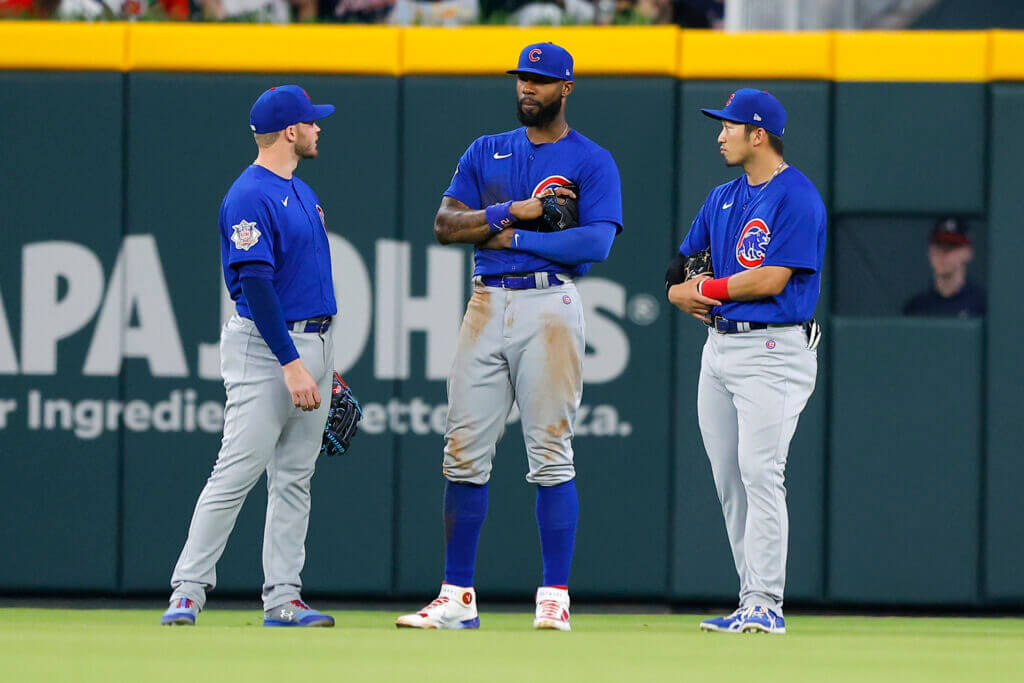 During his opening day media scrum at Wrigley Field, Cubs President of Baseball Operations Jed Hoyer used the word “scrappy” when asked what his expectations were for this year’s team. So many players working on one-year contracts should create a healthy competitive spirit, especially in an organization that has stagnated in many areas after the 2016 World Series. The desire to prove people wrong can be a powerful motivator. Nor will the 2022 Cubs play under the weight of high expectations or the end-of-era emotions that complicated last season.

At the same time, we’re talking about the Chicago Cubs, not the Saint Peter basketball team. “Scrappy” might work for a few weekends during March Madness, but that’s not really a sustainable strategy for a six-month season. The Cubs start May with an 8-13 record after Saturday night’s 9-1 loss to the Brewers in Milwaukee.

Except to say he doesn’t know what a rebuild is, Hoyer has always been transparent in terms of priorities and expectations. Essentially, that equates to a rebuilt squad that could make for an interesting summer if a lot of things go right. So far, the Cubs haven’t come close enough to hit those best-case scenarios, increasing the likelihood of another sell-off at the trade deadline.

The major league club is not an afterthought. The Cubs aren’t trying to lose 100 games for a better spot in the Major League Baseball draft lottery. Manager David Ross and his coaches are constantly on the lookout for any kind of advantage, rearranging the line-up according to clashes and trying to create an environment that instills the confidence and habits of a successful team. Like it or not, the continued development of players at all levels of the organization remains a higher priority than day-to-day results at Wrigley Field.

With that in mind, here’s what else we learned about the Cubs in April:

• Seiya Suzuki is the new star attraction at Wrigley Field. There are the stories that usually follow a player of his stature, how big free agents are supposed to feel the pressure at the start of huge contracts, why Japanese hitters should prepare for a longer adjustment period at the majors. Yes, his overall numbers have dropped from an incredible start, and he hasn’t hit a home run since April 17, but he remains a presence that can impact a game in a variety of ways. Suzuki bats .279 with a .934 OPS and shows an innate understanding of his strike zone and what makes him a dangerous hitter. As Ross said, “There’s not even a lot of kickback on the boundary lines. He’s not going to hunt. If there is a “Next Great Cubs Team” in the near future, then Suzuki could be the No. 2 hitter on that roster.

• Nico Hoerner is a viable shortstop in the major leagues. That doesn’t mean the Cubs should rule out the lawsuit Carlos Correa (assuming he waives his contract with the Twins) or Trea Turner next winter. Hoerner has yet to prove he can stay healthy for a full season, but Cubs officials have always valued his attitude, work ethic and baseball IQ, and those attributes show up on the field and in the club. -house. It looks like he’s changed his training schedule to accentuate his natural athleticism, focusing more on flexibility and durability than pure strength. The shortstop feels comfortable — it’s where he’s played most of his baseball life — and the Cubs are putting him in position to succeed with their defensive changes. Hoerner put it this way: “We’re in a game of baseball now where the positions blend into each other, don’t we? So it’s all about being a good baseball player first and we’re lucky to have a lot of those.

• Ian Happ set up a hot month prior, so it would be premature to assume it turned a corner. Consistency is what he and the Cubs are looking for this year, so with not even 15% of the season done, they can’t cross that off their wish list just yet. There are some luck aspects here, but also areas where Happ could potentially improve, as his barrel rate is below his career average and he will likely start getting the ball in the air more; his 60% ground ball rate just isn’t normal for him. Probably the most encouraging aspect of Happ’s performance so far this year is his low strikeout rate (19.5%) and just the general lack of swing and miss. Happ credits that to the fact that he’s finally really starting to learn pitchers across the league and getting to know who he’s up against. It might seem odd because it feels like Happ has been around for so long, but 2021 was essentially his first full year since he made some real changes to his approach after being sent to the minors to start the 2019 season. he’s really about a player finally starting to become his own after acclimatizing to the league, the Cubs would be thrilled with this development.

• This offense is very different from what Cubs fans have grown accustomed to in recent years. In all those years of contention starting in 2015, the Cubs have never topped 22nd in the game in contact rate. So far this year, they are eighth with a rate of 76.9% (out of 21 games). It’s not the only metric worth mentioning on offense, of course, but this group ticks a lot of boxes as they walk around and hit for average. As much criticism as they receive for their lack of power, they are actually an in-between club in that department as well. So far they score at a solid clip, which of course is the most important aspect. There are dry spells and frustrating times and they end the month with one of those spells. By the end of the year, it probably won’t be a big attack, but there are aspects that make it really interesting. Players such as Suzuki, Happ and Hoerner could contribute to a more complete attack in the future.

• The rotation has been the team’s biggest disappointment so far, going 3-11 with a 5.56 ERA and covering just over 90 innings, a workload that’s in the bottom third of the majors . Kyle Hendricks and Marcus Stroman have not lived up to their own expectations at the top of the rotation, Wade Miley (left elbow inflammation) has yet to throw a pitch for the Cubs, justin steel didn’t find the level of consistency needed to be a reliable major league starter and Alec Moulins is not yet on the injured list.

• Keegan Thompson could have the opportunity to show that he can be a starting pitcher in the major leagues. Thompson’s attitude: It’s above my salary. True, but that decision could be made for the Cubs when there are more injuries, or if the rotation continues to underperform. After an off-season focused on nutrition, hot yoga and a strengthening program for “engage the glutes“, he started this season by pitching 15 consecutive scoreless 2/3 innings out of the bullpen. Either way, the Cubs will need to make major investments in their pitching team next winter. Future possibility includes Thompson, Steele and Adbert Alzolay deployed as multiple inning relievers for particular sections of a formation, depending on the opponent’s strengths and weaknesses in that series.

• David Robertson is the Cubs closer. And if the team doesn’t start winning playoffs, bullpen management will eventually turn into a process focused on preserving and marketing relievers for the trade deadline. Whatever the Cubs have figured out in terms of assembling and running a bullpen, it’s not maximized when the roster, rotation and defense are inconsistent and underfunded by mainstream market standards. Robertson, Chris Martin and Mychal Givens are all working on one-year contracts and performing at a level that will make them more valuable to teams competing in August and beyond.