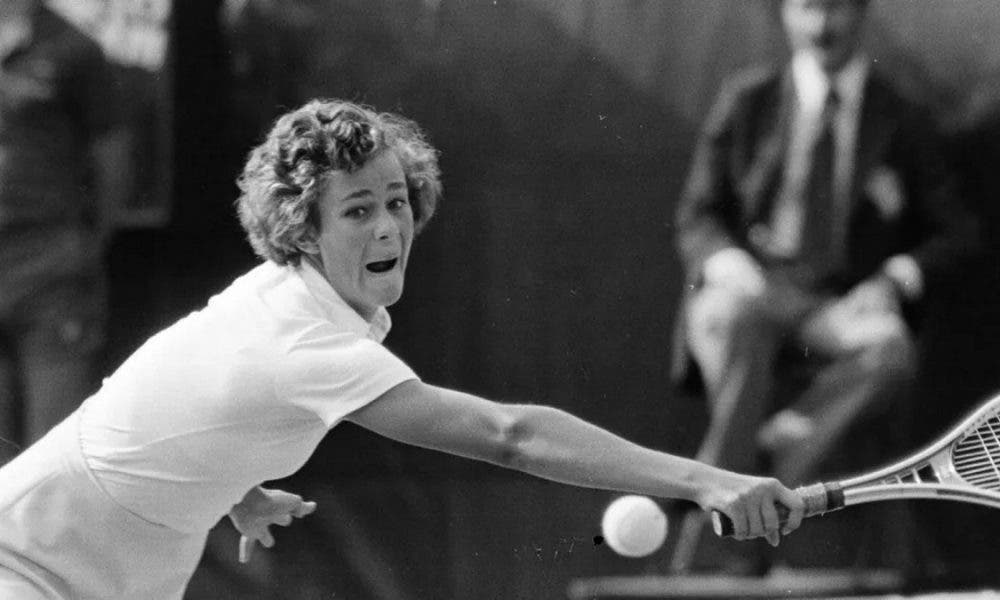 Pamela Shriver, five-time Wimbledon doubles champion, he breaks the silence and decides to tell an atrocious and painful page of his life, dating back to the beginning of his career. Dialogue with Simon Briggs, del Telegraph, is poignant. The 59-year-old from Baltimore has finally found the courage to re-emerge from the box of memories a dramatic moment of one’s existence, concerning the harmful relationship he had with 42-year-old Australian coach Don Candywhen he was only seventeen.

THE ORIGIN – An introspective journey into the maze of memory of Pam, to make sure that his story is a warning, for future generations, on the seriousness of the sick relationships that are established in the world of tennis, especially between coach and player, but not only as we will see later. The former n. 3 of the world, starts from the origins, describing how and when the acquaintance with Candy took place: ” It all started with a Christmas stocking in the winter of 1971. I found it a good gift for a tennis lesson at the Orchard Indoor Tennis Club. When I introduced myself, the coach was a boy named Don Candy, from Australia. A former great player, who had won the French Open doubles title in the mid-1950s. He was 40 at the time and I was only 9. I remember Don was very funny, sometimes hilarious, with that typical Australian sense of humor. I had a lot of fun and even though I haven’t been back there to train for a couple of years; we started working together when I was 11 or 12. Thus began a ten-year journey that would have shaped my life from many points of view“.

A SICK RELATIONSHIP – The American tennis player then takes a leap forward in telling the story, focusing on the episode in which she actually communicated to the Australian coach that she fell in love with him. According to Pam, this was also influenced by the fact that the two spent a lot of time together, both on and off the pitch; seeing as when she started her tour career at fifteen, her parents couldn’t accompany her, particularly due to her sister’s young age. So Candy was her only companion on her various trips and various trips, and she was at Shriver’s side even in some of the most significant stages of her successes; but also in the darkest stages: “In early 1978, I started playing on the Tour at the age of 15 and a half. My parents couldn’t realistically travel with me, because my sister was very young and my father ran an insurance company that supported the whole family. Like this Don became, not only my coach, but also my only chaperone. He was next to me in virtually every game I played over the next seven years. It was in my corner, for example, when in my debut season I beat Martina Navratilova in the semifinals of the 1978 US Open. In the final, against Chris Evert, then I lost 7-5 6-4. At that point, I went back to high school to complete my senior year. But it was hard for me in 1979 to go back to school as a US Open finalist. It had all happened too quickly. In fact, after Wimbledon I didn’t win a game in the next five months. In the midst of my bad time, Don and I found ourselves sitting in a rental car near Minneapolis. I had just lost yet another game in the first round and Don was talking to me about things I could have done differently, in short, the usual classic manager-player conversation. At one point, however, I began to sob. I remember saying very clearly: “Something is happening”. He said “What?” and I said, “I’m falling in love with you.” I was 17 and he was 50. ”

THE CONSEQUENCES OF PAIN, AN EMOTIONAL ABUSE – At this point, the 21-time Grand Slam champion, in doubles, was captured by the emotionality of the facts she was narrating, stating how that relationship lasted just over five years, represented a traumatic experience for the rest of her life, characterized by a non-sexual abuse, but a psychological one. A story that you have never allowed him to see in love as something healthy and positive. An unhappiness that pushed her, always constantly to be attracted to elderly men and to no longer be able to have a normal love story: ” My relationship with Don was a traumatic experience for me. The after-effects lasted well beyond the time we spent together. Our relationship shaped my whole subsequent romantic life. I have had great difficulty forming normal relationships, my continued attraction to older men has prevented me from maintaining healthy boundaries in my relationships. The next five years was a time when everything became dramatically painful as those impassable boundaries were crossed. I was so young that I didn’t know how to ask for help. I didn’t understand what I was getting into. The relationship started to get physical, to get intimate. We didn’t actually have sex until the age of 20, two and a half years after our conversation in the Minneapolis car rental. But we shared the rooms. We’ve done pretty much everything else that two people who are attracted to each other do. Don has never sexually abused me, but I’d say he was an emotional abuse. I have experienced so many hideous emotions and I felt so alone“.

THE END OF THE NIGHTMARE – The former 1978 US Open finalist continued the dialogue with Briggs, talking about what happened after the relationship with Candy ended. The years following the breakup were the best of Pamela’s career, now free from any reminiscence of pain. Which, however, has never been able to tell this sentimental story, which has caused him so many scars in her soul, her mother; while she was able to find within herself the strength of her to tell everything to her father: ” The next four seasons, after breaking up with Don, were the best of my career. I have collected 15 singles titles and have won over 80% of my games. Meanwhile, back home in Baltimore, I started dating some guys. It was interesting to see what happens when you end a relationship that is causing you so much stress. Eventually, I was starting to experience a certain normality in my personal life. Many years later, I told my father about my relationship with Don. I never told my mother. But now I’m making this story public because I hope it makes a difference ”.

SILENCE IS THE EVIL TO BE DEFEATED – Finally, at the end of the interview, Shriver addresses the delicate topic of the diffusion of these stories of pain and suffering in Sport; hoping that they do not happen again. To do this, according to Navratilova’s great doubles partner, we must fight the culture of silence and also start an educational path for coaches, physiotherapists and for all those who gravitate around a tennis player; and one, instead, psychological for young athletes, supporting them with expert figures on the subject. Everything must be carried out with the help of the organizations of governance: “ Our first and biggest obstacle is the culture of silence. If we want to protect the athletes of tomorrow, more people have to talk about their stories. We are talking about pitfalls that affect many, many people. The whole question must come out, allowing the elimination of the dark places of sport. As for the solutions, I don’t have all the answers. I think it is possible to educate young athletes, but you probably have to start before they even reach adolescence: maybe when they are 11, 12 or 13 years old. While when they enter the main tennis tour, there are already so many models that have been set up. And then there are the coaches. the best way to protect subsequent charges against them is to subject them to an educational process before they get to professionalism. The same goes for other credentials: physical therapists, fitness instructors, and so on. The point must be identified very clearly. These kinds of relationships are inappropriate and there will be consequences for those who cross the line. This is a widespread problem and we need a broad spectrum alliance if we are to address it. One of the most important organizations, in this sense, will be the ITF because it organizes junior events. But everyone must come together, the WTA, the ATP and the four Grand Slam tournaments, to improve tennis safeguarding processes.“.