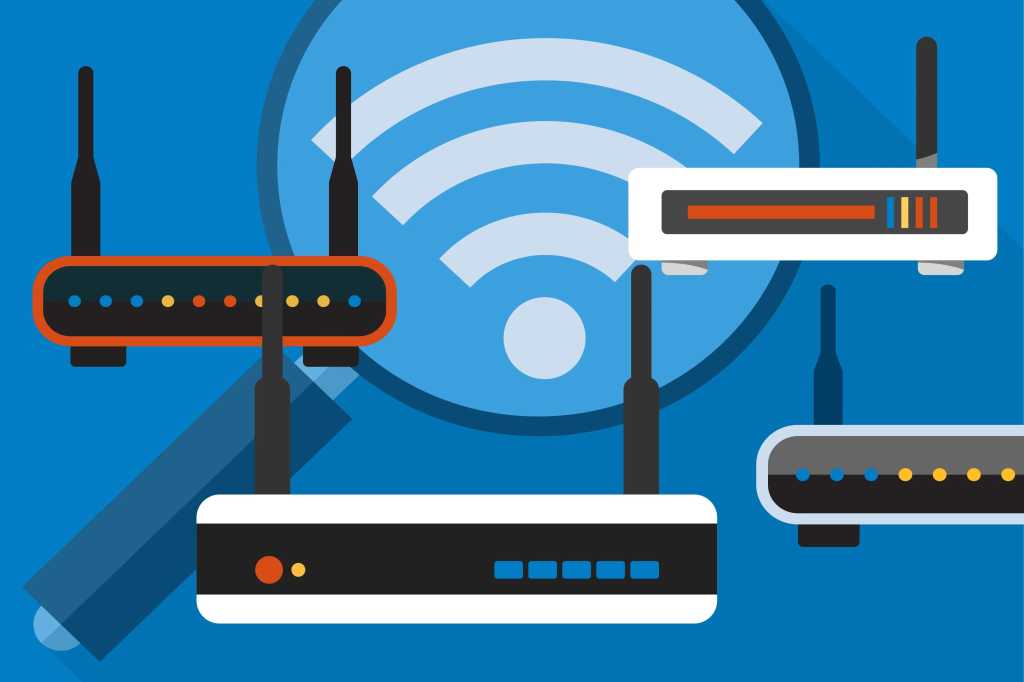 Whenever someone sends me a question about how to fix their Wi-Fi, I wince. It’s not that I don’t like helping people with their router issues. In fact, there are few geeky endeavors that I find more rewarding than fixing Wi-Fi connection issues at a friend or family member’s house.

But Wi-Fi has always felt more like a dark art than a science, and it’s a hard art to conjure up without being physically present. Potential points of failure are everywhere, and what works well in one home may not work in another. Even networking hardware reviewers can draw drastically different conclusions about the same product.

Wi-Fi is therefore fundamentally at odds with my desire to answer questions with specific recommendations. The best I can do is tell you how I diagnose Wi-Fi problems myself. That way, you can make better decisions about whether (and how) to upgrade your own equipment.

The first step in troubleshooting Wi-Fi issues is to see if the slowdown is coming from your cable modem (which brings internet service into the house) or the router (which distributes Wi-Fi connectivity throughout the house).

Start by plugging a computer directly into your modem with an Ethernet cable and run a speed test. (The easiest way is to do a Google search for “speed test” and then tap the blue “Run speed test” button above the search results.) USB to Ethernet Adapter will be needed to test on computers that don’t have an ethernet port, but if that’s too much of a problem or you don’t have a suitable computer at all, you can also try calling your internet provider and ask him to test your internet speed remotely.

If the wired connection speeds are comparable to the speeds advertised by your ISP, the next step is to start running whole-house speed tests. Measure speeds around the area where connectivity seems slow, then return to where the router is, running several tests in each area as you go.

The goal here is to determine where your connection issues are occurring. Consistently slow speeds throughout your home can be a sign of an outdated router, while dead spots or range issues may require a more powerful router or mesh Wi-Fi system. (More on this shortly.)

To determine if a router needs to be replaced, it helps to know its age. One way to do this is to locate the router’s model number (it’s probably printed on the router itself), then search the web for information on what version of Wi-Fi it supports. Here are the main Wi-Fi versions to know:

Wi-Fi versions alone are not an indicator of quality – a cheap Wi-Fi 6 router may be worse than a high-end mesh system with Wi-Fi 5 – but each successive version has introduced new features that improve connectivity, and we’ve generally seen a push towards better performance over time.

Just to reiterate a piece of advice, I discussed in July, changing your router’s channel and bandwidth settings can sometimes do wonders to reduce Wi-Fi interference, especially if you’re experiencing inconsistent speeds on devices that aren’t too far from the router. By digging into your router settings, you can bypass automatic channel selection and find a channel that might be less crowded.

You can also try other small tweaks like getting your router off the ground and clearing some space around it, but I wouldn’t start rearranging your room for the router. The improvements are likely to be minimal. Sure, moving your router to a more central location in the house can help, but that would likely require the cable company to rewire your home Internet connection.

Because replacing a router is a pain, many people wonder if they can just solve their problems with a Wi-Fi extender or repeater, which take a router’s wireless signal and rebroadcast it further. (“Extender” sometimes refers to a device with a wired connection to the router, although I often see the two terms used interchangeably.)

My experience with Wi-Fi extenders is hit or miss. Wireless repeaters will always degrade the signal they receive, so the benefits may cancel out if you’re trying to deal with a dead zone or interference from other nearby wireless devices. It is the same with powerline adapters, which send a wired Ethernet connection from your router to another part of the house through your wall outlets. Depending on how your home is wired, this approach may give you a weak connection or not work at all.

I’m not telling people to avoid extenders altogether, as they can work in some scenarios, but keep your expectations low and be prepared to return the device if that doesn’t help.

Once you’ve concluded it’s time to replace your router, what do you do?

A mesh Wi-Fi system will be the safest way to solve your Wi-Fi problems, especially in large homes or those with lots of dead zones. These systems allow you to hook up multiple access points throughout your home, creating one large network. They handle connections better than a router with an extender, and systems advertised as “Tri-band” can connect each access point without crowding the rest of the network.

Such systems might not be necessary, however. If it’s been a while since you’ve replaced your router, even a new standalone router can be enough to cross the dead zones if they are not too far. Standalone routers are generally less expensive than mesh systems, and some have features that mesh systems lack, such as support for USB storage or a large number of Ethernet ports.

Ultimately, however, there’s no way to know for sure if a new router will work without trying it out yourself. You can read all kinds of reviews—PCWorld reviews both Wi-Fi mesh systems and the last 6E Wireless Routers– but even the best advice is not unique. Buying a new router will always involve a leap of faith.

A note on modem/router combos

Finally, there is another complicating factor: although cable companies distributed Internet modems and routers separately (the former bringing Internet from outside the house and the latter distributing Wi-Fi through the house), it is increasingly common now to get both. functions in one box. This makes installation easier for the cable company, but makes replacing the router trickier for you.

If you have a combo box and are paying for it in rental fees, consider replacing it with two devices: a new router and a separate cable modem. But be aware that some companies, especially fiber optic Internet service providers such as AT&T and Verizon, make replacing the modem component difficult, if not impossible.

If replacing the modem isn’t possible or necessary, you can simply disable its Wi-Fi capabilities so they don’t interfere with your new router. Instructions for doing this may vary by provider, so expect to Google “modem mode” or “bridge mode” along with the name of your internet service provider.

And if you’re still having Wi-Fi issues after all of this, email me and I’ll do my best to help. You can also check out my Advisor newsletter– where a version of this story first appeared – for more practical tech tips each week.