MORGANTOWN, W.Va. (WV News) – WVU Medicine continues to navigate the pandemic while remaining focused on projects that its leadership team believes will improve health care in West Virginia and beyond.

With COVID-19 came enormous challenges for the healthcare industry that continued for a third year, but WVU Medicine staff rose to the challenge, says Albert Wright, President and CEO from the West Virginia University Health System.

“We are in a chess game with COVID. Right now we are winning. We don’t know if it will be forever, but we are winning the COVID battle right now. But he popped up last year,” Wright said.

Among the biggest challenges created by the pandemic is the exacerbation of staff shortages.

Across industries, but especially in the healthcare industry as a whole, “staffing has become more of a challenge than I think we ever imagined,” Wright said. “The people who work in our healthcare system are incredible. They come to work every day in difficult circumstances and have truly done an amazing job.

WVU Medicine was also able to partner with other health systems and public health departments to help host vaccination clinics in early 2021.

“Thank God we were able to get so many people vaccinated early on, because it saved lives. Sometimes it’s easy to forget, but it saved lives,” Wright said.

Work to build the healthcare system has not stopped during the pandemic. WVU Medicine welcomed Uniontown Hospital in Pennsylvania, Wheeling Hospital in West Virginia, and Barnesville and Harrison Community Critical Access Hospitals in Ohio as full members of the WVU Health System.

The system’s growth will not stop there. In the fall, the health system announced a letter of intent to fully integrate Princeton Community Hospital into the system by the end of the calendar year, and work is underway to integrate the medical center regional Garrett in Maryland into the system this summer, according to WVU Health System Administrative Director Dr. Michael Grace.

Further in the future, Grant Memorial Hospital is also expected to enter the system.

WVU Medicine has also entered into an agreement with Thomas Memorial to expand the system’s footprint in the Kanawha Valley (see article, page A21).

The health system also announced continued growth at the Fairmont Medical Center on the site of the former Fairmont Regional Medical Center on Locust Avenue. Last summer, WVU Medicine officials were joined by Governor Jim Justice in announcing a $110 million investment in the facility.

A new energy plant will improve the hospital’s energy capacity, as well as HVAC and other systems.

“It’s a precursor to even greater expansion in the future,” Grace said. “…Once we are able to complete the energy plant, in 2023 and beyond, we are looking at operating rooms, procedure rooms, maybe even more beds. Fairmont is a real I think what we’re doing there right now is going very well, and the expansion we’ve planned… will be money well spent in this community, and we’ll continue to access and improve care for these good people in Fairmont and in the area.

The planned expansion also includes ancillary services such as X-rays, MRIs and CT scans and a laboratory, as well as a 30-bed skilled nursing facility.

It was a tough decision to make such a large investment in the old facility, but it was the right thing to do, Grace said.

“When a community is used to having a hospital and it closes, it’s kind of a shock to the system. What’s great about this organization is its mission. WVU Medicine’s mission is to improve the health status and access to care for all West Virginians and those we serve. Although it wasn’t the easiest decision to reopen this hospital, I think the management team thought it was the right one. Although it doesn’t seem difficult to travel 20 miles from Fairmont to Morgantown, some people have trouble finding transportation,” he said.

The commute is much farther for residents of the western part of Marion County, Wright said.

In the coming months, the new children’s hospital is also expected to open. Despite some construction delays, the facility is expected to open in the summer, according to Wright.

“It’s been hard to build during this pandemic, but I’m telling you what, when this thing is over here soon, it’s going to be amazing,” he said. “…Construction…is a sequential puzzle where you have to do A, B and C before you can do D, E and F. It’s just missing pieces and sometimes some difficulty in having people available during COVID, it’s been a long road, but we’ll get there.

Already, doctors and other staff hired in advance to work at the facility have already started working and have been able to fill staffing gaps in other areas caused by the pandemic, Wright said.

Currently, the children’s hospital is located within the JW Ruby Memorial Hospital in Morgantown. When Children’s Hospital leaves this space, it will create additional opportunities for Ruby, according to Grace.

No decision has been made, but leaders are already exploring how this space could further improve capacity and expand the services available to people.

Additional inpatient critical care and medical bed capacity, as well as additional operating room capacity are needs that could be met by the space.

“We have this kind of request. This will essentially be about augmenting existing services at Ruby and enabling us to care for more patients than we already do today. The demand is there for that,” Grace said.

“We are a very large health care system in a very rural state. You have to be creative sometimes about how to reach people. I think that’s a great example,” Wright said.

Also on the horizon is the January 1, 2023 launch of Peak Health, a new not-for-profit subsidiary of WVU Medicine that will enable the health system to deliver health insurance services, which Wright says would “positively transform health care for our patients”.

The launch is “still under the radar, but I think it’s going to be transformational,” he said.

Between 30 and 40 people already work for the subsidiary, and it is planned to have 90 employees by the end of the year. WVU Medicine employees will begin receiving benefits under the program early this year.

Marshall Health and Mountain Health Network in Huntington have also signed on as joint venture partners in the effort, and “there are a few other health care systems that are looking at becoming partners on this,” according to Wright. 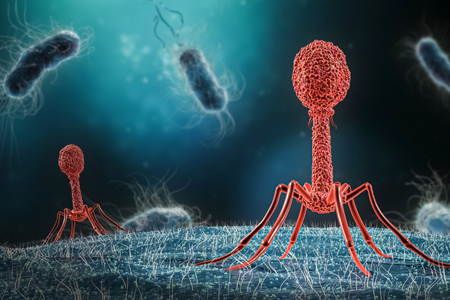